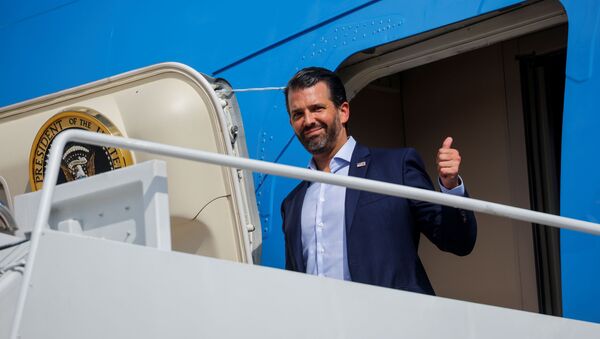 Irina Acheeva
correspondent
All materialsWrite to the author
On 21 October, Donald Trump Jr. visited Nevada Livestock Marketing, LLC. in Fallon as part of an event called the Ranchers for Trump Live Cattle Auction and Rally.