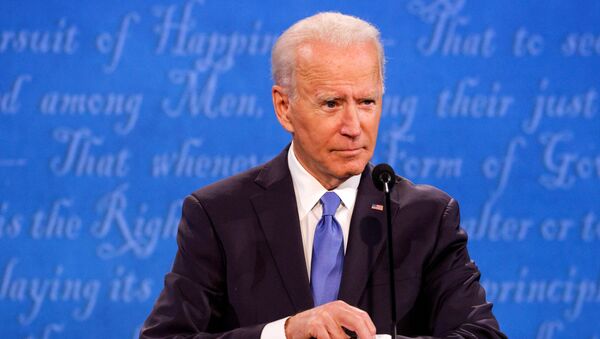 " I think the biggest threat to America right now in terms of breaking up our-- our security and our alliances is Russia. Secondly, I think that the biggest competitor is China. And depending on how we handle that will determine whether we're competitors or we end up being in a more serious competition relating to force," Biden said in an interview with CBS’s Norah O'Donnell.

During the final round of the presidential debate, Trump claimed that Biden had received $3.5 million from Russia through Russian President Vladimir Putin.

Biden rejected ever taking "a penny" from foreign sources and also expressed belief that Russia did not want his victory in the November election.

Putin refused to comment on Trump's claims that Russia allegedly sponsored Biden. "No comment," the Russian leader said on Sunday, as aired by the Rossiya 1 broadcaster.

Kremlin spokesman Dmitry Peskov said on Friday commenting on the final US presidential debate that the contenders in the presidential race in the United States "compete for who dislikes Russia more." The Kremlin has repeatedly denied any attempts to meddle in the US domestic affairs.