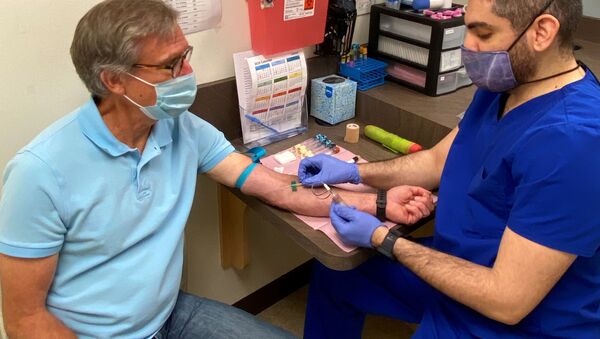 Muhammad Osman
All materialsWrite to the author
American pharmaceutical company Johnson & Johnson announced halting its COVID-19 vaccine clinical trials on 12 October after one of its program participants exhibited an “unexplained illness”. The British company paused worldwide trials on 6 September after it was revealed that neurological illnesses were being reported among participants.

US medical company Johnson & Johnson is preparing to resume clinical trials of its coronavirus vaccine after testing of the new drug was halted on 12 October due to an "unexplained illness" in one of the study participants, the company announced on Friday.

“Following consultation with the US Food and Drug Administration (FDA), preparations to resume the trial in the United States, including submissions for approval by the Institutional Review Boards, are now underway,” Johnson & Johnson said in a statement. “Discussions with other regulators around the world to resume the clinical trial program are progressing.”

The move came after an independent committee probed the participant’s case and concluded that the stroke was not related to the vaccine, which is being developed by Johnson & Johnson subsidiary, Janssen Pharmaceutical Companies.

“At Johnson & Johnson, there is no greater priority than the health and safety of the people we serve every day around the world. Our primary goal is to ensure the safety, well-being and privacy of the participants and all those involved in our trials,” according to the company statement. 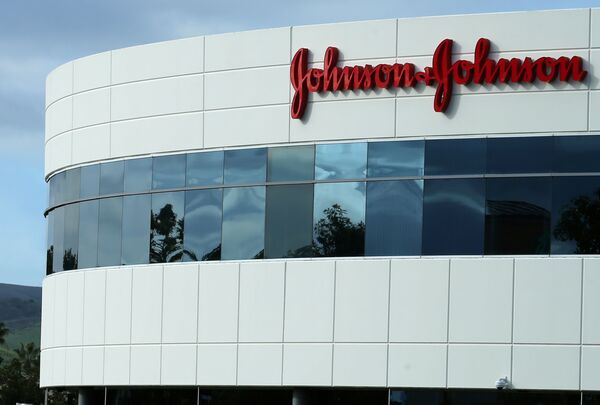 The Johnson & Johnson phase 3 trials, which started on 23 September with the aim to enroll 60,000 volunteers, are expected to restart as soon as early next week, said Paul Stoffels, chief scientific officer at the company, according to Stat News.

In the meantime, British pharmaceutical company AstraZeneca has received a permit from the US Food and Drug Administration (FDA) to resume its COVID-19 vaccine candidate trials in the United States after passing safety clearances, the company said on Friday.

“The Food and Drug Administration (FDA) today authorised the restart in the US, following the resumption of trials in other countries in recent weeks,” AstraZeneca said in a press release. “The FDA reviewed all safety data from trials globally and concluded it was safe to resume the trial.”

AstraZeneca’s vaccine trials, developed in partnership with the University of Oxford in the UK, was put on pause on 6 September after neurological illnesses were reported among some of the participants. Clinical trials of the British drug were soon resumed in the UK, Brazil, South Africa, and Japan after regulators confirmed that “it was safe to do so”.

“The restart of clinical trials across the world is great news as it allows us to continue our efforts to develop this vaccine to help defeat this terrible pandemic. We should be reassured by the care taken by independent regulators to protect the public and ensure the vaccine is safe before it is approved for use,” said Pascal Soriot, AstraZeneca’s chief executive officer. 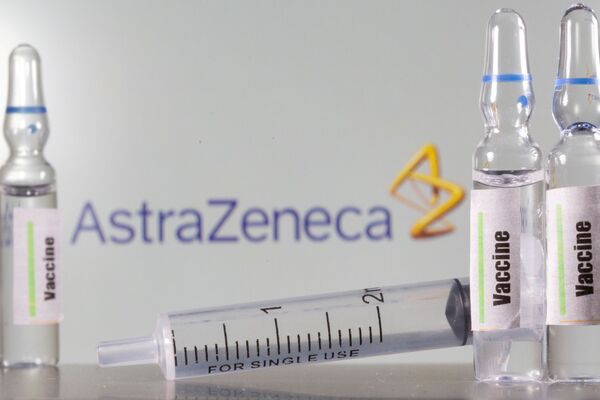 A test tube labelled vaccine is seen in front of AstraZeneca logo in this illustration taken, September 9, 2020.
© REUTERS / DADO RUVIC

The resumption of the Oxford coronavirus vaccine trials in the US came a few days after Brazil’s Health Regulatory Agency (Anvisa) confirmed that a 28-year-old Brazilian volunteer who was taking part in the trials had died on 19 October. The Brazilian agency said that the cause of death would not be disclosed for reasons of ethics and confidentiality. AstraZeneca company did not give an official comment on the case.

As the second coronavirus pandemic wave ravages many parts of the world, nations around the world are racing to develop COVID-19 vaccine candidates. Russia's vaccine Sputnik V, developed by the Gamaleya Research Institute of Epidemiology and Microbiology, and produced in conjunction with the Russian Direct Investment Fund (RDIF), is the world's first registered vaccine against the novel virus.

As of Friday, 1,141,775 people died of COVID-19 since the begging of the pandemic, while more than 42.1 million others contracted the disease. In the United States, 223,914 have died, while almost 8.5 people have been infected, according to the Johns Hopkins University.