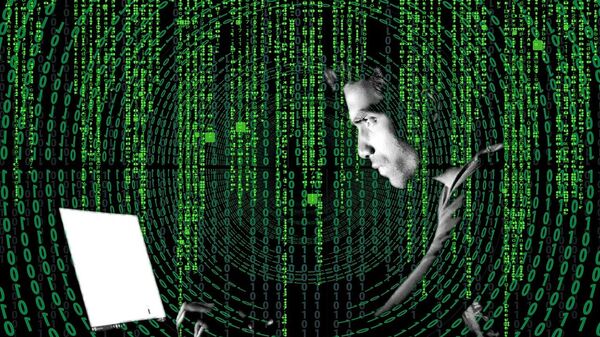 Oleg Burunov
All materialsWrite to the author
Russia has repeatedly denied allegations of interfering in the domestic affairs of other countries, stressing that they are all unsubstantiated.

Former UK cabinet secretary, Lord Sedwill, told Times Radio on Saturday that the British government had conducted a series of "discreet" cyber attacks on "Russian leaders and their interests".

He said that the goal was to punish President Vladimir Putin and his senior allies and to "impose a price greater than one they might have expected".

Lord Sedwill added that the government tried to exploit Moscow's "vulnerabilities", not least through the deployment of its recently declared "offensive cyber-capability".

"Russia is operating in what the aficionados call grey space, that gap between normal state relations and armed conflict, with cyber attacks, information warfare, and disruption campaigns. It is important that we are capable of manoeuvring in the grey space and doing so effectively. We can't leave the initiative to our adversaries", he asserted.

The remarks come a few days after the UK Foreign Office claimed that Russia's military intelligence agency GRU allegedly planned a hacking operation targeting the 2020 Tokyo Olympic and Paralympic Games before they were postponed, allegations that were rejected by Kremlin spokesman Dmitry Peskov.

"We saw this information, but, look, we are seeing a regretful tendency for Russia or Russian special services to be blamed for everything and anything. This seems to be yet another fit, one of the recurring fits of ramped-up Russophobia, which clearly has nothing to do with reality", Peskov stressed, adding that "Russia and the Russian special services have never undertaken any hacking attacks, even less so against the Olympics".

This followed Peskov stressing in late July that Russia had never interfered in the electoral process of any country, including the US and the UK. He pointed out that Moscow "doesn't do it and […]  will not tolerate foreign nations' attempts to meddle in our political affairs".

"We're currently focusing on the priority areas of our country's development for the period until 2030. With all due respect to the UK, the events in our country are the most important thing for us", Peskov underlined.

The statement came in response to the publication of a report commissioned for the British Parliament's Intelligence and Security Committee, which claimed that Russia's cyber-capability remains a "matter of grave concern" and poses an "immediate and urgent threat" to the UK's national security.

According to Peskov, the report contained "groundless accusations" that he underscored could not be "substantiated".

World
Kremlin Blasts Reports About 'Russian Hackers' Targeting Biden Campaign-Linked Firm as 'Nonsense'
The Kremlin spokesman was echoed by Russian Ambassador to the UK Andrei Klein, who noted that Moscow had never interfered in the UK's political processes and is instead looking for common ground to improve bilateral relations.

Moscow-London ties are still at an all-time low after former Russian intelligence officer Sergei Skripal and his daughter were poisoned in March 2018 in the UK city of Salisbury.

London claims that Moscow played a role in the incident, while Moscow refutes such allegations. Russian Foreign Minister Sergei Lavrov said in May 2019 that the Skripal case was falling apart due to lack of any evidence incriminating Russia.