Trump Tells Congress He Will Remove Sudan From Terrorism Blacklist 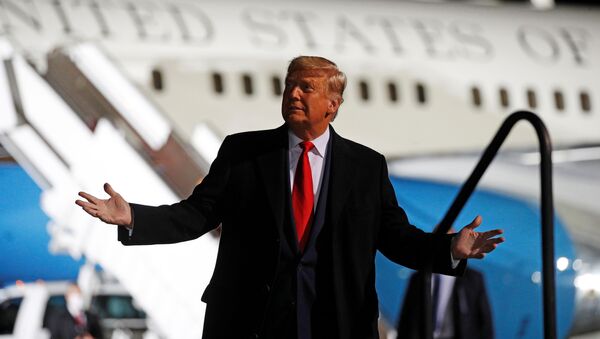 © AP Photo / TOM BRENNER
Subscribe
International
India
Africa
WASHINGTON (Sputnik) - President Donald Trump has notified the Congress that he plans to remove Sudan from the US terrorism blacklist after the country transferred $335 million in compensation to the American victims of terror attacks in which it was implicated, White House Press Secretary Kayleigh McEnany stated.

“President Donald J. Trump has informed Congress of his intent to formally rescind Sudan’s designation as a State Sponsor of Terrorism”, the statement said. “This follows on Sudan’s recent agreement to resolve certain claims of United States victims of terror and their families. Yesterday, in fulfilment of that agreement, the transitional government of Sudan transferred $335 million into an escrow account for these victims and their families", Kayleigh McEnany said.

US President Donald Trump earlier announced that the US would take Sudan off its list of State Sponsors of Terrorism after Khartoum pays compensation to American terrorism victims and their families. The amount to be paid was $335 million. Along with this, media reports have circulated on the Internet suggesting that Trump's statement came as part of his administration's ongoing effort to normalise Israel's ties with Arab countries, including Sudan.