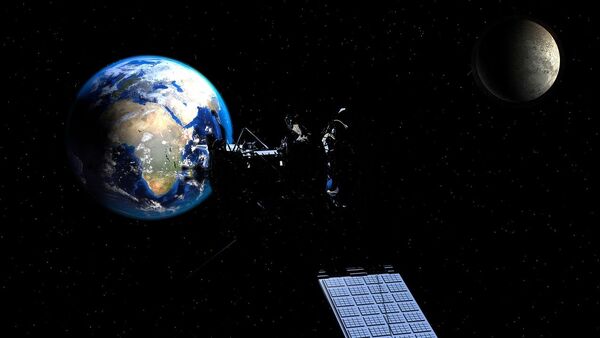 James Tweedie
All materialsWrite to the author
The Shetland Space Centre could see up to 30 rocket launches per year carrying satellites of up to 600 kg in weight into orbit following the decision by Lockheed Martin's UK division. The remote far northern location of the Shetland Islands would avoid rockets overflying built-up areas.

Plans for a new space centre on the UK's remote Shetland islands have had a boost after US aerospace giant Lockheed Martin said it would base its operations there.

The decision followed approval from the UK Space Agency approved Lockheed Martin’s request to use £23.5 million in grant money to transfer its UK Pathfinder Launch operation to the future Shetland Space Centre (SSC).

“The UK is in a space race with other countries in Europe and beyond, such as Norway, Sweden and New Zealand, to supply payload space in a rapidly growing international market, and we intend to exploit our favourable geographical position to meet this demand," Strang said.

Smith added: "The transfer of our UK spaceflight operations to Shetland will not only broaden launch options available in the UK, but also ensure the economic benefits of these endeavours are felt more widely.”

And a Lockheed Martin UK spokesman said the company's goal was to offer Britain's leading small satellite industry "a direct end to end route to launch" entirely within the UK.

The British and devolved Scottish governments lauded the economic benefits set to flow from the deal.

"The creation of the Shetland Space Centre is incredibly exciting and a real boost for the local economy," said Scotland Office Minister Iain Stewart “Our investment in Scottish spaceports is creating hundreds of secure and skilled jobs for people in Scotland."

Scottish Trade Minister Ivan McKee added: “This is an extremely exciting time for the emerging space sector globally, and Scotland is situated at the very forefront of this."

The site at Lamba Ness on the island of Unst - the northernmost inhabited place in the UK - could create or support 600 jobs across the archipelago by 2024, according to the SSC board.

The planned vertical launch pad would handle rockets capable of launching satellites from 30 kg to 600 kg into orbit, up to 30 times per year. The remote Shetlands location would would avoid launch vehicles passing over populated areas.

The SSC will not be the UK's first satellite launch pad, however. A space hub is set for development near Tongue in Sutherland, a county in the northern Highlands, from which UK firm Orbex could make up to 12 launches a year of its Prime rocket starting in 2022. The new Orbex rocket design and production centre Forres near Inverness could employ 130 people.

Sweden Banks on Satellite Launch to Become 'Europe's Hot Spot'
Lockheed Martin was originally planning to use Space Hub Sutherland before it settled on the Shetlands site, but McKee and British Science Minister Amanda Solloway were optimistic that both space centres would be a success

“We want the UK to be the best place in Europe to launch satellites, attracting innovative businesses from all over the world and creating hundreds of high-skilled jobs," Solloway said. “The potential to have multiple spaceports in Scotland demonstrates the scale of our ambition, and I want to support the industry by pressing ahead with our plans in this challenging time."

At the other end of the country, Virgin Orbit plans to begin 'horizontal' satellite launches from the Spaceport Cornwall facility at Newquay international Airport. The firm's LauncherOne rocket will be flown to the edge of the stratosphere at 35,000 feet (11,000 metres) altitude under the belly of a former Virgin Atlantic Boeing 747-400 airliner christened Cosmic Girl, where it will be released and ignited to carry a payload of up to 200 kg into orbit.

With a large share of the global small satellite production in the UK already, Spaceport Cornwall is projected to create 480 jobs nationwide by 2028, and bring new business to the 58-year-old Goonhilly Satellite Earth Station on the south coast of Cornwall.