Antarctica Wakes Up to Largest and Deepest Ozone Hole in Years 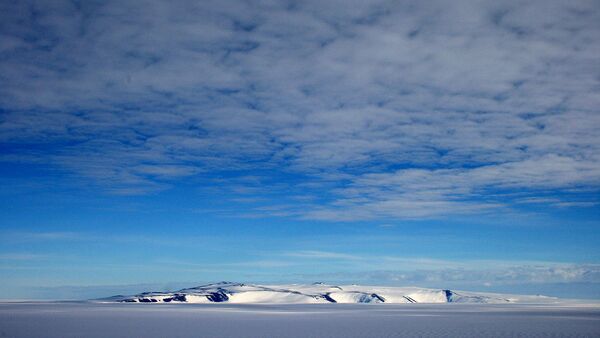 CC BY-SA 2.0 / Eli Duke / Antarctica, White Island
Subscribe
Lilia Dergacheva
All materialsWrite to the author
Both small and short-lived ozone holes, as well as bigger ones are known to be driven by very special meteorological conditions: cold stratosphere temperatures have been found to be behind astonishing increases in their size, whereas warming typically causes them to shrink.

A hole in the ozone layer over Antarctica occurs regularly, but now it has expanded to one of its biggest recorded sizes over the past few years, scientists report, as cited by Science Alert.

Yet, 2020’s maximum peak isn't the largest on record. That title belongs to the 29.9-million square kilometre hole registered back in 2000, however, this year’s hole is still one of the deepest in recent years.

Atmospheric scientist Vincent-Henri Peuch from the European Centre for Medium-Range Weather Forecasts admits there is a certain variability in the development of such holes from year to year, noting that while it resembles the one from 2018, it “is definitely in the upper part of the pack of the last 15 years or so”.

Researchers say the 2020 event has been caused by a strong polar vortex, which is a wind phenomenon that keeps stratospheric temperatures above Antarctica cold, causing the hole to grow. Warmer temperatures in Antarctica last year, by contrast, helped bring about a record-low ozone hole size, as scientists explained at the time.

"It's important to recognise that what we're seeing [in 2019] is due to warmer stratospheric temperatures”, Paul Newman, the chief scientist for Earth Sciences at NASA's Goddard Space Flight Centre in Greenbelt, Maryland, noted about the shrinking ozone hole last year.

As an ozone hole over Antarctica either shrinks or grows as time passes, gas concentrations inside the hole fall when temperatures in the stratosphere go down. When this happens - specifically, when polar stratosphere clouds form at temperatures below –78°C (–108.4°F), chemical reactions ruin ozone molecules when solar radiation takes hold.

"With the sunlight returning to the South Pole in the last weeks, we saw continued ozone depletion over the area”, Peuch noted, further drawing parallels between the 2019 and this year’s events.

"After the unusually small and short-lived ozone hole in 2019, which was driven by special meteorological conditions, we are registering a rather large one again this year, which confirms that we need to continue enforcing the Montreal Protocol banning emissions of ozone depleting chemicals”.

The Montreal Protocol was a key achievement in recent international environmental activity, as it aims to phase out the manufacturing of harmful chlorofluorocarbons (CFCs) – chemicals previously used in refrigerators, packaging, and sprays – that destroy ozone molecules in sunlight and fuel harmful depletion of the ozone layer which serves as a shield against deadly ultraviolet radiation.

000000
Popular comments
In other words it runs in cycles like everything else.

Nonyank
23 October 2020, 18:09 GMT
000000
Translation: Ozone is created by lightning bolts. O3 converts to O2 within a few hours. Summation: there are few thunderstorms this last winter in the Antarctic. The same conditions are predicted for the Arctic in the late spring.