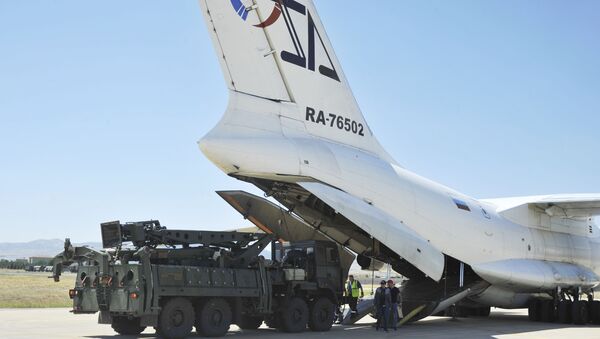 Last week, the United States condemned "in the strongest terms" Turkey's reported test of the nation's S-400 air defence systems, after a video began circulating in the Turkish media showing what appears to be the trail of a missile launch in the city of Sinop.

Turkish Defence Minister Hulusi Akar has stated that Ankara is still open to buying US Patriot systems despite the purchase of Russia's S-400s.

"The acquisition of the S-400 was not a preference but a necessity, it does not mean our alienation from NATO. If such a need arises and if we are given guarantees related to technology transfer, joint production, and delivery schedule, we can purchase a Patriot or SAMP-T [Surface-to-Air Missile Platform]. Turkey has been working with its allies on alternative options and will continue this effort. We cannot accept statements like 'We are ready to sell, but Congress does not allow deliveries’”, Akar said, as quoted by Turkish broadcaster NTV.

Speaking further, the senior official confirmed that Turkey had conducted tests of the Russian-made S-400 air defence systems in Sinop, noting that this was just scheduled work within the contract.

"Every purchase contract envisions tests. This is part of the acquisition programme, these are purely technical activities”, Akar said, as quoted by the Turkish broadcaster NTV.

Earlier this month, Turkey issued an international Navtex alert about artillery exercises in the area of the Black Sea town of Sinop from 13-17 October. A defence source told Sputnik that Turkey had successfully tested the S-400 systems, previously purchased from Russia.

Moscow and Ankara signed a loan agreement on the delivery of S-400 systems in December 2017. In 2019, Turkey received several S-400 batteries worth $2.5 billion.

UK-Made Drones Could Have Been Used as Targets in Turkey's Alleged S-400 Test, US Media Claims
Turkey's cooperation with Russia on the matter has been strongly criticised by NATO and the United States, who have cited security concerns relating to the S-400s alleged incompatibility with NATO's air defence systems.