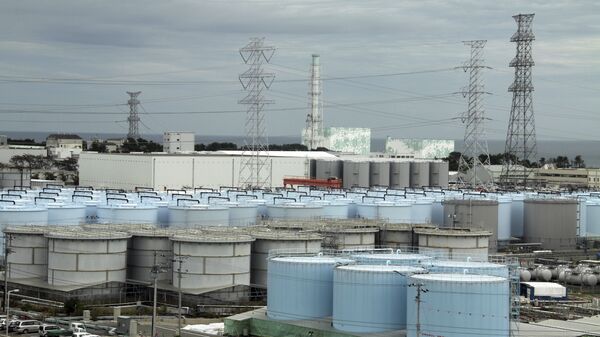 Japan is still dealing with the consequences of the 2011 Fukushima nuclear power plant meltdowns in the wake of an offshore 9.1 earthquake and tsunami. The facility is out of space to store the ever-increasing amount of radiated waste, and the government is about set to release over 1 million tonnes of radioactive water into the Pacific Ocean.

Eco activists are outraged following recent reports from Japanese media concerning a government panel's intention to approve the release of highly-radioactive water into the ocean. An official announcement is expected to follow at the end of the month.

Authorities must increase storage capacity by constructing tanks outside the plant, nuclear specialists told DW, also accusing the government of hiding the actual radiation level of the water to solve the problem quickly and avoid extra expense. According to the Kahoko Shinpo newspaper, the levels of radioactive elements in processed water are many times above the safe norm. In particular, the level of strontium in water is 100 times above the safety cutoff, while levels of iodine exceed safe levels in at least half of all samples.

Fukushima fisherman are also against the plan, as they fear consumers will lose trust in local marine products.

Since the 11 March, 2011, undersea 9.1 magnitude Tohoku earthquake and subsequent tsunami that killed over 16,000, Japan has been seeking a safe way to get rid of radioactive water that flooded a local nuclear power reactor. Its disposal is one of the main problems of “Fukushima 1” decommissioning.

The damaged reactors must still be cooled with water that becomes highly radiated, and continues to mix with the groundwater through leaks. Thousand of containers currently store over a million tonnes of radiated water and the facility has limited space.

Tokyo has considered using evaporation techniques, but they have not worked quickly enough. Dumping the radiated water directly into the the Pacific Ocean is said by some to be acceptable only if the contaminants are purified by an ALP (Advanced Liquid Processing) filtering system and then diluted with seawater. Following this process, officials claim that no radioactive elements would remain in the water, except tritium, as it is not filterable but deemed safe in very small concentrations.

For ALP, Japan needs two years of preparations and an abundance of expensive hardware.

A magnitude 9.1 earthquake hit Japan on 11 March, 2011. It caused a giant tsunami that disabled the cooling system of the nuclear reactors and led to devastating explosions. The nuclear power plant “Fukushima 1” meltdown and explosion is the most disastrous nuclear incident after Chernobyl in 1986. Over 16,000 were killed and over 6,000 injured, while 160,000 local residents were left homeless. Healing the twon and its inhabitants will take at least 40 years, according to Tokyo.