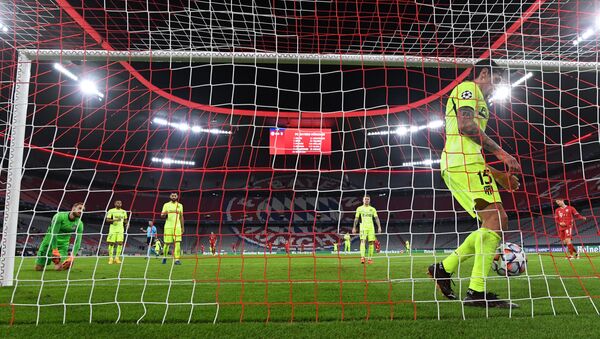 Bayern defeated Atletico 4-0 at home, thanks to a brace from Kingsley Coman and a goal each from Corentin Tolisso and Leon Goretzka.

With their 12th consecutive win in the Champions League, Bayern now head to Russia to play against Lokomotiv Moscow in the next game.

Zidane's men were 3-0 down at half time against Donetsk, who were without the 10 first team players and 9 staff members due to the coronavirus.

Real Madrid fought back in the second half, but the team fell short by a goal to snatch a point.

The defeat highlights how far last season's La Liga champions are from their standards set in the past.

After the match, Zidane told the media that "We lacked a bit of everything, but above all our confidence, which is the  most important thing".
Fans took to social media and expressed their anger following the disastrous start to Real Madrid's campaign.

Yeah, I’m a Madrid fan and even I know we probably won’t win anything this season. We have no forward, defense is terrible, midfield is the only thing well invested. However, zidane just makes some of the most questionable decisions ever, like idek honesty