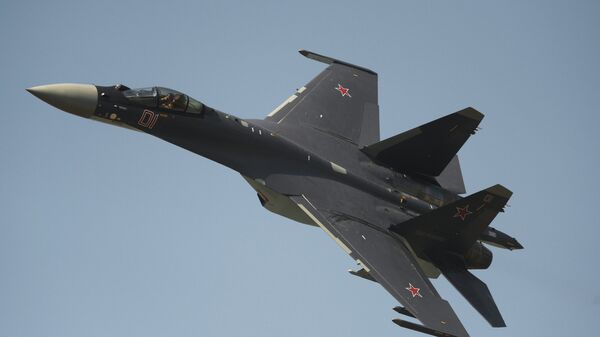 According to the ministry, MiG-31 and Su-35 were scrambled to escort two Rockwell B-1 Lancer bombers.

The crew of the Russian fighter of the Eastern Military District identified the aerial targets as the US Air Force's two Rockwell B-1 Lancer bombers and escorted them, successfully preventing border violations, the Russian military added.

Russia's MiG-31 and Su-35 fighters have intercepted two strategic bombers of the US Air Force over the Bering Sea, according to the Russian Defense Ministry. #Russia pic.twitter.com/zaVodilNAb

The flight of Russian fighters MiG-31 and Su-35 was conducted strictly in accordance with international rules for the use of airspace. No violations of the Russian state border were allowed, the ministry said.

​"The Russian fighter returned safely to the home airfield after escorting the foreign aircraft", the statement read on.

Earlier, the US Air Force already raised F-22 fighters to escort Russian Tu-95MS strategic missile carriers over the neutral waters of the Chukchi, Beaufort, Bering and Sea of Okhotsk.