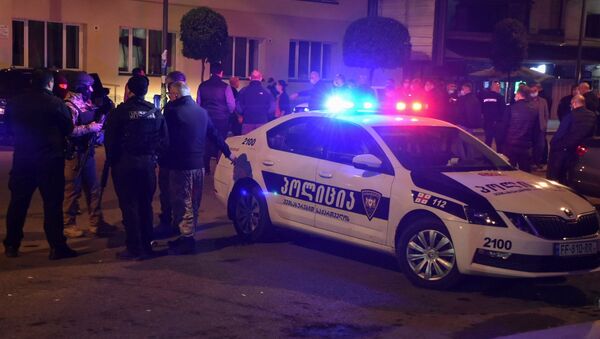 TBILISI (Sputnik) – More than 40 hostages have been released in the western Georgian city of Zugdidi with an investigation into the matter underway, the country's Interior Ministry said on Thursday.

On Wednesday, a gunman took hostages in an office of the Bank of Georgia, in Zugdidi. According to the national First Channel, the attacker surrendered to police, while other media reported that the assailant was moving toward the border with Abkhazia with three hostages.

"Ministry of Internal Affairs would like to inform society that operative and investigative activities have not been completed at the site yet and are actively in progress. Once again, the Agency calls on everyone to refrain from disseminating unverified information that might hinder the ongoing operation," the ministry said in a statement.

The Interior Ministry stressed that the released hostages had been sent to a safe area.

"At this moment, 43 people taken as hostages by an armed assailant in the bank building have been released and transferred to a safe area by the police. At the place of crime investigative measures are underway," the statement added.

The Rustavi 2 broadcaster reported that the attacker asked for $500,000, while the Maestro TV channel said that the gunman also demanded a meeting with a high-ranking Georgian official. The broadcaster did not reveal the official's name.