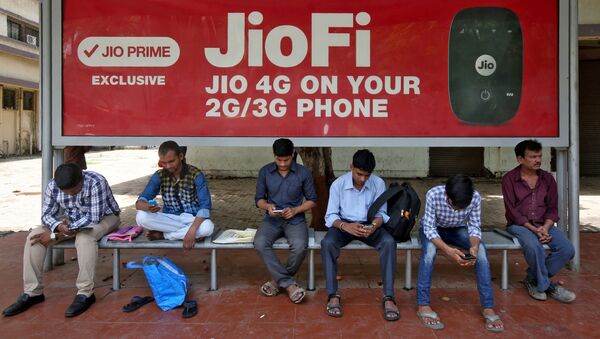 Radhika Parashar
All materialsWrite to the author
US-based chipmaker Qualcomm hosted a virtual event on Tuesday night and announced that in partnership with the Indian telco Jio, they were able to achieve a superfast internet speed of 1GBPS while working on developing independent 5G tech for India. Jio, with 385 million users, is India’s largest telco, headed by Asia’s richest man, Mukesh Ambani.

After Pompeo Calls Jio 'Clean' Airtel, Vodafone Idea Begin Foraying Beyond Huawei & ZTE
US President Donald Trump has often accused Chinese tech players of spying on other nations for classified information, putting national security at risk - an allegation that Beijing and the accused firms have repeatedly denied. The US lack of trust in China with data security has played a vital role in the trade war that kept both, US and China tense, even before Coronavirus happened.

Asia
China Reportedly Aims to Pass Draft Export Control Law on 'Sensitive' Tech Amid Trade War With US
In recent months, India has been trying to limit China’s involvement in its development.