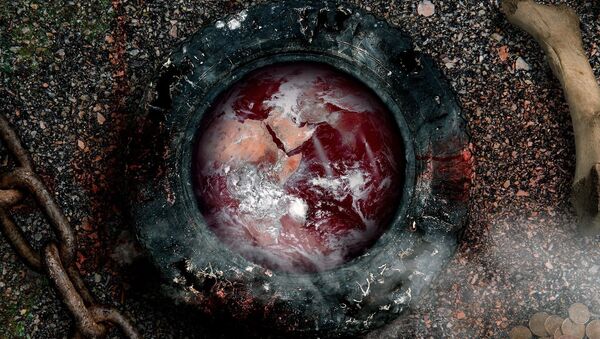 CC0 / /
Subscribe
US Televangelist and one-time GOP presidential candidate, Pat Robertson, defended Donald Trump during his 2016 race after video emerged revealing the GOP nominee making sexist comments about women. Robertson has a wide following with the Religious Right as well as those conservative religious voters who back the Republican Party.

The Christian Broadcasting Network founder and host, Pat Robertson, predicted on Tuesday that President Donald Trump will win re-election in November, which, he claims, will then be followed by the end of the world.

The 90-year old televangelist made the claim after receiving what he said was a direct message from God.

"According to what I believe the Lord told me, the president is going to be re-elected", Robertson asserted during his show.

The US preacher said that the election result would “lead to civil unrest, and then a war against Israel and so forth…".

Following the conflict, Robertson claimed, there will be a "time of peace" he said, before then saying: “And then maybe the end".

Robertson's view quickly went viral on Twitter, with some users quick to point out that most of Robertson's previous apocalyptic predictions have not come to pass.

​Netizens expressed their frustration with the election and posted a photoshop of a church sign declaring God's support for Democratic nominee Joe Biden.

Ugh. I cannot wait until this election is over.

Televangelist Pat Robertson says the Lord told him President Trump will be re-elected, which may spark the End Times. pic.twitter.com/QiVZBjMUDt

​Other users described the prediction of a Trump victory as followed by the apocalypse itself is an endorsement for Biden.

You can vote for the apocalypse! Or against it!

Oh, it WILL bring about the End Times, just not in the way you right wingers hope.

We lefties are DONE with this BS! DONE! Prepare accordingly!

​Some said they agree with the evangelical preacher, that Trump will win against God and America's "enemies".

Amen I agree! He will win big! Job34:29-30 God has turned his face from Biden and all the enemies of America and the church.

​Robertson was previously an adamant Trump supporter. The pastor later withdrew his support for the president after claiming that Trump was “losing the mandate of heaven” after pushing for the withdrawal of US troops from Syria.

Not only has Robertson been making apocalypse prediction since the 1970s, but he also claims that God told him that Republican candidate Mitt Romney would win the election in 2012 and be a two-term president even as US President Barack Obama won his second term.

000000
Popular comments
Pat Robertson is an idiot, so is the other latter day Dude.