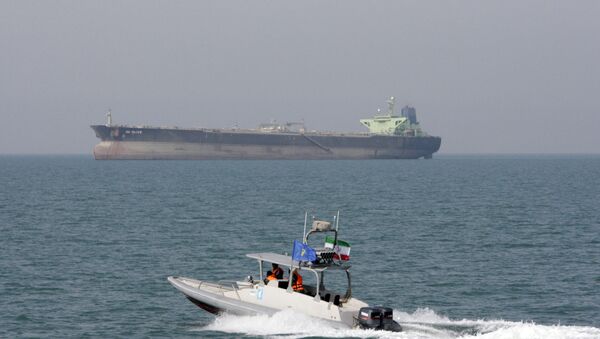 MOSCOW (Sputnik) - Russia calls on the international community to give up unilateral actions in the Persian Gulf region in favour of joint constructive efforts, Russian Foreign Minister Sergey Lavrov said on Tuesday at the UN Security Council debates on the situation in the region.

The region's security is being discussed in light of a US-brokered landmark peace agreement Israel signed with the UAE, along with Bahrain, on 15 September, which sparked outrage across Palestine and the Muslim world. With the three countries formalising a range of bilateral agreements, covering sectors such as trade, aviation, energy and research, Tehran said earlier this week that Iran was ready to respond to any possible Israeli threat against its interests in the Persian Gulf, adding the normalization of Israel's ties with the UAE and Bahrain will pose a direct threat to the security of the entire region.

"We are sure that everyone is interested in a peaceful and predictable region. Attempts of unilateral actions — we continue to observe them, they are increasing — lead to a deadlock. The practice of blackmail and dictate, demonization and accusation of only one of the parties is erroneous and dangerous," Lavrov said.

According to the minister, it is necessary to put aside mutual accusations and suspicions, refuse to use sanctions, pressure, ultimatums, provocative actions from any side to ensure peace and security in the region.

"The key to improving the situation in the Persian Gulf region should be collective efforts to build confidence based on the respect for sovereignty, independence and territorial integrity of states in strict accordance with international law and the UN Charter," Lavrov added.

Tensions escalated in the Persian Gulf last year, mainly due to the standoff between the United States and Iran over the 2015 nuclear deal, as Washington unilaterally withdrew from the pact in 2018, prompting Tehran to begin rolling back its nuclear commitments. There have also been numerous attacks on tankers in Gulf waters and a drone attack against oil facilities of Saudi Arabia, which worsened the situation, with Washington and its allies placing the blame on Iran. Tehran has refuted all accusations.

Given growing tensions, the Russian Foreign Ministry unveiled in July 2019 an updated version of an initiative called Collective Security Concept for the Persian Gulf Region, which proposed the "renouncement of permanent deployment of troops of extra-regional states" in the region. The concept further promotes multilateralism as the core of the new security system in the region.