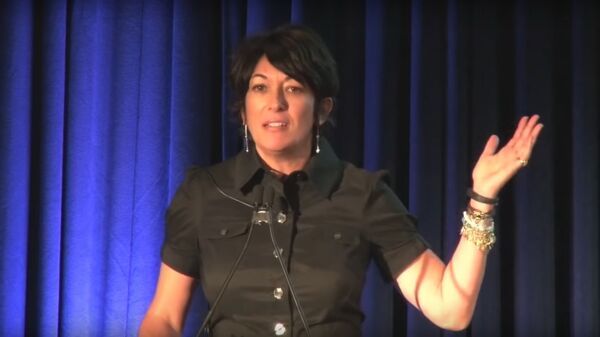 Morgan Artyukhina
All materialsWrite to the author
A US federal appeals court rejected an attempt by Jeffrey Epstein’s alleged madam, British socialite Ghislaine Maxwell, to block the release of a massive deposition she gave for a 2016 civil suit filed by one of Epstein’s accusers.

On Monday, the Court of Appeals for the Second Circuit struck down Maxwell’s attempt to block release of the documents, including a 418-page deposition by her, that were ordered released by Judge Loretta Preska of the US District Court for the Southern District of New York in July.

“We have reviewed all of the arguments raised by Defendant-Appellant Maxwell on appeal and find them to be without merit,” the three-judge panel wrote. “We deny the motion to consolidate this appeal with the pending appeal in United States v. Maxwell.”

The judges also denied a motion by Maxwell to consolidate the cases.

The deposition was given by Maxwell in April 2016 as part of a defamation suit brought against Maxwell by Virginia Roberts Giuffre, a 37-year-old American woman who has alleged Maxwell recruited her and Epstein kept her as a sex slave between 1999 and 2002. Giuffre has alleged she was forced to have sex with many high profile figures, the most notorious of whom is the United Kingdom’s Prince Andrew.

According to Reuters, Maxwell argued that she believed her testimony in the case would be confidential and that releasing it would violate her Fifth Amendment right against self-incrimination.

David Boies, the attorney representing Giuffre, told the Miami Herald, ”It is an important step towards vindicating the public interest in understanding the scope and scale of Jeffrey Epstein’s sex trafficking ring and the efforts made to conceal it.”

“This is good news for not just the victims of Epstein, but for victims everywhere,” Spencer Kuvin, a lawyer who has represented several of Epstein’s alleged victims, told the Herald. “The Courts should not be a party to the long history of Epstein and his co-conspirator’s attempts to avoid public scrutiny for their actions. Everyone who was a part of the Epstein sex ring should be concerned.”

Epstein was arrested in 2019 but died by apparent suicide amid suspicious circumstances inside New York City’s Metropolitan Correctional Center in August of that year. Maxwell was arrested in July 2020.