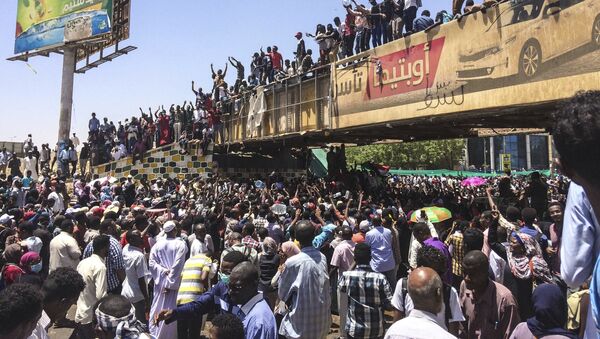 Sofia Chegodaeva
All materialsWrite to the author
Talks about Sudan's payment to victims of al-Qaeda's attacks on US embassies in Kenya and Tanzania in 1998 are expected to be finished in the coming days, Reuters said, quoting a source in the US government.

US President Donald Trump has announced that Sudan has agreed to pay compensation to US terror victims.

Prime Minister of Sudan, Abdala Hamdok, said he was anticipating the moment when the US will officially notify Congress to remove Sudan from the list of state sponsors of terrorism.

This comes amid reports that Sudan has been in talks with the US administration officials on possibilities to remove the country from the list of state sponsors of terrorism, write off Khartoum's debts to the US and persuade other friendly states to take steps to settle their debts.

The United States placed Sudan on its State Sponsors of Terrorism list in 1993, after al-Qaeda leader Osama bin Laden moved to the country.​ Talks to remove Sudan from this list started soon after the Sudanese military overthrew the government of Omar al-Bashir in April 2019 in a coup d’état following months of street protests.

In March 2020, the head of Sudan's central bank said that the US had confirmed that all forms of economic sanctions previously imposed against the country were lifted. The bank said that 157 organisations were granted relief from sanctions, however, sanctions remained in place for "some individuals and organisations with links to the Darfur conflict."