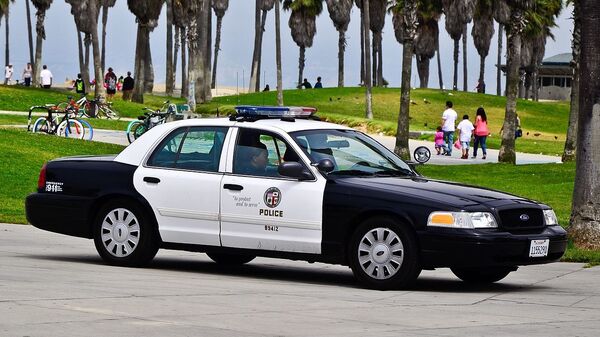 CC BY-SA 2.0 / Tomás Del Coro / City of Los Angeles Police Department LAPD
Subscribe
International
India
Africa
Henry Batyaev
All materialsWrite to the author
Earlier in the day, the Los Angeles Police Department in a tweet called on the public to avoid Melrose Avenue due to heavy police activity in the area, but did not immediately provide any details about the operation.

The Los Angeles police have arrested a sexual assault suspect who barricaded himself inside a building at Paramount Studios in Hollywood, the LAPD announced on Twitter.

According to the police, the officers joined the search after a request by the Fullerton Police Department in the area of Plymouth and Melrose, who attempted to use a Taser to detain the knife-wielding man with no success.

After the LAPD arrived to assist the operation, they opened fire at the Melrose gate of the Paramount Studios lot.

The wounded suspect then entered the lot and hid inside.

The police negotiated with the suspect and eventually entered the building and detained the man, who was bleeding from the wounds he sustained. The suspect was taken to the hospital. No police officers were injured in the operation.

​Earlier, the Los Angeles police have instructed the public to avoid the area, urging those living in the neighbourhood to stay indoors.

Eyewitnesses shared footage from the scene showing the scope of the police operation in the area.