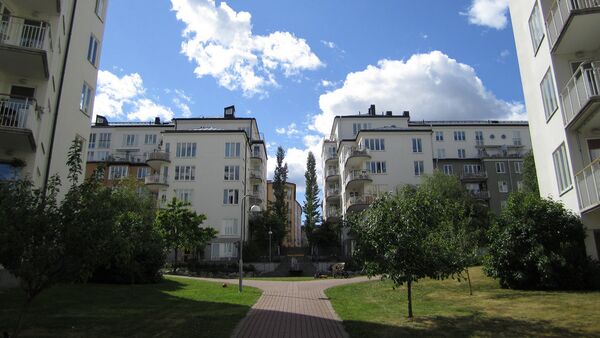 CC BY-SA 2.0 / La Citta Vita / Housing, Sweden
Subscribe
Igor Kuznetsov
All materials
Swedish Interior Minister Mikael Damberg condemned the gangs for acting with impunity and stressed that no criminals should be allowed to decide what others should and shouldn't do.

Inhabitants in the Stockholm suburb of Tensta have been told to stay indoors after 6 pm – not by the police or the authorities, but by criminal gangs who call the shots in the area.

The police initially noticed that there were unusually few people in Tensta in the evenings in late August. Later, they received tips that gangsters had threatened people with weapons and violence to force them indoors.

“There were people, gang members, who were out telling people that they shouldn't be going out after 6 pm, and it spread quickly to all inhabitants,” police chief in Rinkeby Therese Rosengren told TV4. According to her, potential “lawbreakers” were threatened with serious violence.

“I've never heard of this before. I am sure that the police take this information very seriously and make sure that Swedish laws apply in Sweden, to everyone. No criminals should be allowed to decide what others should and should not do”, Mikael Damberg told TV4.

According to the police, there are at least six different criminal gangs operating in this area, but two of them have been in a conflict in recent months, and these are believed to be behind the “curfew”. All in all, the power clash between the two has led to four murders and several attempted murders since July this year.

“One of the reasons for this may be that the two gangs were doing something they don't want the residents in the area to see, or they did not want anything to happen to them,” gang expert Amir Rostami told Swedish national broadcaster SVT. “This can also be a pure demonstration of power”, Rostami mused.

Regardless of what lies behind it, it demonstrates the power of gangs over society, he stressed.

According to him, there is no quick solution to the problem.

“Sustainable and long-term police work is required. That you don't accept this type of problem, that you arrest them for the slightest crime,” Rostami mused.

Tensta is characterised by concrete apartment buildings which were built in the 1960s as part of the so-called Million Programme, which was intended to solve Sweden's housing crisis. The district has some 19,000 inhabitants, over 88 percent of whom have a foreign background. In recent years, Tensta has consistently made the police list of blighted urban areas, with the most severe crime rates and major social problems, such as parallel societies, lawlessness and unemployment.