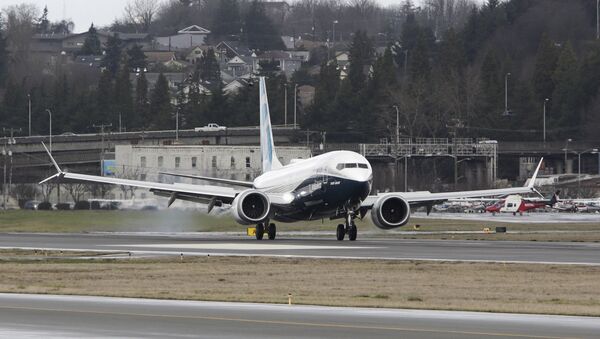 © REUTERS / Jason Redmond
Subscribe
International
India
Africa
Svetlana Ekimenko
All materialsWrite to the author
The 737 Max, grounded worldwide after two deadly plane crashes in Indonesia and Ethiopia, killing 346 people, has been inching its way closer to resuming commercial flights, with European regulators announcing last week that changes have made the plane safe enough to operate there before year-end.

For its debut flights after its worldwide grounding in March 2019, the airliner is to service the Miami-New York corridor on a daily basis, starting 29 December through 4 January, reads a statement by the Fort Worth, Texas-based company.

The carrier added it would “take a phased approach” to returning the Max to operational service after it has fully received approval to fly. This cautious stance will also apply to whether to extend the Miami-New York flight beyond 4 January.

Contingent on FAA approval, American Airlines will fly the Max daily on one Miami-LaGuardia-Miami routing, with flights available for booking starting 24 October.

Customers, says the carrier, will be made aware that they will be flying on a Max airliner.

“We remain in contact with the FAA and Boeing on the certification process and we’ll continue to update our plans based on when the aircraft is certified,” said the company.

Uncertainty regarding the timeline of when the Max will receive final certification by aviation regulators forced American Airlines on 17 October to ditch from its schedule more than 1,900 flights originally planned on 737 Max planes from December through 21 March 2021. 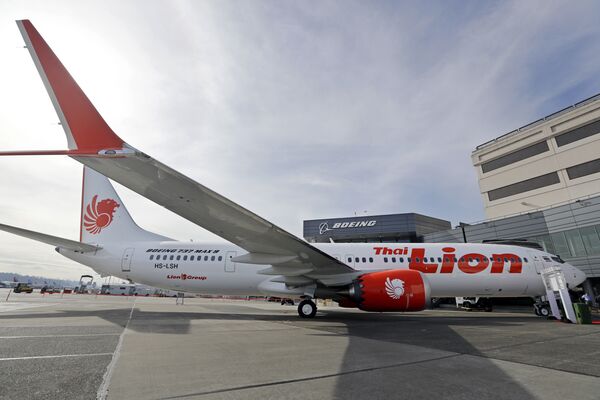 The flights have been transferred to other aircraft, according to an email from the carrier, cited by Bloomberg.

Driven by the same uncertainty, American Airlines moved simulator-based training on the 737 Max to December from November earlier this month. However, it offered assurances that this would not hamper the training of a sufficient number of pilots by the time the jet returns to the skies.

The carrier has 24 737 Max planes at its disposal, with orders for another 76.

​The European Union Aviation Safety Agency (EASA) had said it was carrying out reviews of final paperwork before a crucial draft airworthiness directive slated for November.

"Our analysis is showing that this is safe, and the level of safety reached is high enough for us. What we discussed with Boeing is the fact that with the third sensor, we could reach even higher safety levels," EASA executive director Patrick Ky was cited as saying by the outlet.

According to Ky, the sensor would be able to help pilots navigate in circumstances when mechanical angle-of-attack sensors in the aircraft failed.

The development of the so-called ‘synthetic sensor’ will take 20 to 24 months, with the software-based solution required on the larger Max 10 variant before its planned debut in 2022. The sensor upgrade shall then be retrofitted for use with other versions.

Currently, the Federal Aviation Administration, the US' main certification body, is holding back from making any specific timing predictions regarding the 737 Max, although FAA chief Steve Dickson flew the airliner at the end of September and acknowledged the plane’s controls felt “very comfortable”.

Nevertheless, the review process isn’t yet complete, with legislation requiring that the FAA issue its airworthiness directive on the MAX 737 before EASA and other agencies around the world can lift the grounding.

While Boeing has yet to submit its final package of documentation, including software audits and safety assessments, the move is expected soon, a source was cited by the outlet as saying.

The crashes were reportedly linked mainly to the plane's Manoeuvring Characteristics Augmentation System (MCAS), which caused the two aircraft to nosedive despite pilots’ efforts to stabilise the plane, among other flaws.

The crisis has cost beleaguered Boeing billions of dollars; former Boeing Chief Executive Officer Dennis Muilenburg quit his job in the wake of the scrutiny.