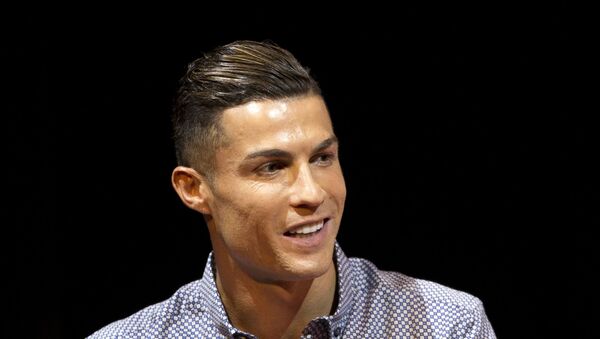 Max Gorbachev
All materialsWrite to the author
The football superstar has recently found himself in hot water over his decision to return to Italy after he tested positive for coronavirus in Portugal. Italy’s Sports Minister claimed the athlete violated the country’s safety measures and accused the 35-year-old of lying to Italian authorities.

Cristiano Ronaldo continues to amaze football fans this time though not with his performance on the pitch, but with his language skills. The 35-year-old was apparently tired of spending time alone because of his coronavirus diagnosis and decided to communicate with his fans via an Instagram live stream. One social media user asked the forward whether he can speak Russian. Ronaldo responded by enthusiastically saying: na zdorovie (to your health), kak dela (how are you?), and khorosho (good). While saying these phrases Ronaldo twice gave a military salute.

A snippet of Ronaldo's stream was then posted on other social media platforms and received tonnes of comments from Russian netizens, who were left elated at the superstar's language skills.

"Good job, Ronaldo. I respect you and especially for you kindness and positivity", wrote one user.

Another wrote: "That was impressive, comrade Ronaldo!"

Many netizens wished the athlete a speedy recovery.

"Hey, I hear you are speaking through the nose. Take medications, chop-chop!", wrote one.

"Get well, GOAT!", wrote yet another.

Other users thanked Russian model and actress Irina Shayk, who dated Ronaldo for more than 6 years and joked that the athlete was dying of boredom.

"Good lord, he is so tired of being in quarantine that he started speaking Russian!", wrote one netizen.

"It's amazing what people can do if they want to get Russian vaccine against coronavirus", wrote a second.

"Long live Irina Shayk, she taught the best football player in the world how to speak Russian", wrote a third.

Ronaldo tested positive for coronavirus on 13 October a day before the Portugal national team was due to face Sweden in the UEFA Nations League tournament. He feels well and is asymptomatic. Shortly after his diagnosis he decided to fly back to Italy, where he lives with his girlfriend and family.

"The fame and skill of certain players does not entitle them to be arrogant, disrespectful to authorities and to lie", Spadafora said.

Juventus officials say that Ronaldo did not breach any rules as the athlete flew aboard a private air ambulance and paid for his transportation. Authorities in Portugal, where he tested positive for the coronavirus too said that his journey was permitted.