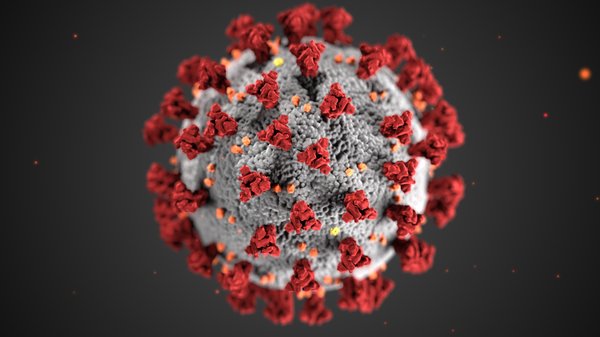 © CDC
Subscribe
The UK finds itself once against facing a grim situation with Covid-19. Scientists from the Medical Research Council Biostatistics Unit at Cambridge University estimate that 47,000 people could be becoming infected every day in England.

A senior advisor to the UK government has said that the only way for the country to curtail its Covid-19 numbers is through the imposition of a second national lockdown.

Speaking to BBC Radio 4’s Today Programme, Sir John Bell, a professor of medicine at the University of Oxford slammed the UK’s government’s recent attempts to combat the virus as “biting around the edges.” He also said that Boris Johnson has lost control and that an “eye-watering” number of Covid-19 cases have emerged as a consequence.

Sir Bell has called England’s situation “grave,” and said that a “circuit-breaker” lockdown is now necessary, which would see citizens lose almost all contact with people outside of their own household, and the closure of all non-essential businesses and the cessation of social interactions.

“Things look pretty grave at the moment and the numbers are going up pretty rapidly. I think the other phenomenon you're seeing is people are pretty unhappy, they're tired, this has been going on too long, they can't go about their business, they can't do the normal things that they would expect to do, hospital staff are exhausted from the last go,” Sir Bell noted.

According to the Office for National Statistics, there are currently an estimated 27,900 new Covid-19 cases emerging in England every day. The office says that new cases have skyrocketed by 60% over the past week. In the UK overall, it is said that there are 27,000 new daily cases.

Saying that England is “in real trouble,” Sir Bell explained that, “I can see very little way of getting on top of this without some kind of a circuit-breaker because the numbers are actually pretty eye-watering in some bits of the country and I think it's going to be very hard to get on top of this just biting around the edges.”

Sir Bell’s comments come as London was put into a Tier 2 lockdown yesterday, which means that the Covid-19 levels are high. The mixing of households indoors in the capital is now banned, and only groups of up to six people are allowed to meet and socialise in outdoor spaces.

Former Health Secretary, Jeremy Hunt, has also said that he supports a second nationwide lockdown. Also speaking on the Today Programme, Mr Hunt said that, “I’ve always thought that it’s better to do things quickly and decisively than to wait until the virus has grown so I have a lot of sympathy with that.”

Boris Johnson’s government has been resisting the imposition of nationwide lockdown, and has instead been implementing localised measures. The leader of the Labour Party opposition, Sir Keir Starmer, has called for the government to put in place a three week long circuit breaker to prevent what he described as the country’s “sleepwalk into a long and bleak winter.”

Although the official statistics are now believed to be an underestimate, as it stands, since March 2020, the UK has suffered 689 thousand confirmed Covid-19 cases, with 43,429 confirmed deaths.