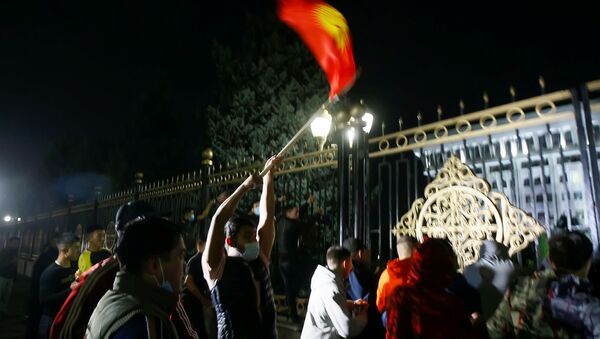 The state of emergency was imposed amid political tensions in the country after protesters stormed and seized the parliament building, which also serves as the presidential office.

The Kyrgyz Parliament has cancelled the state of emergency in the capital city of Bishkek.

At the same time, the head of the central electoral commission has said that parliamentary elections may be held on 20 December 2020 and the presidential vote on 17 January 2021.

The changes come just one day after the resignation of President Sooronbay Jeenbekov, who explained his decision as a way to prevent bloodshed amid the escalated political standoff in the country. 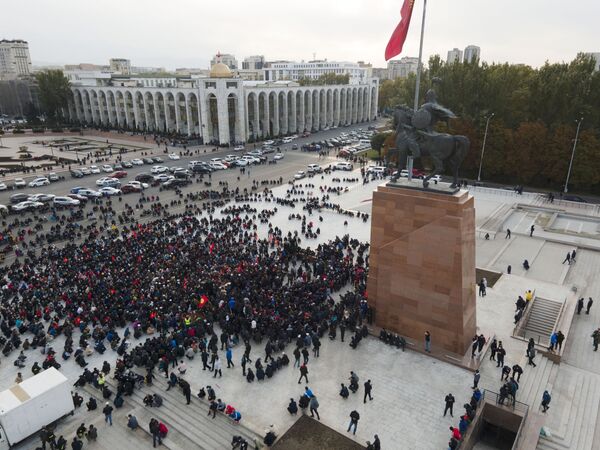 Situation in Bishkek, Kyrgyzstan
© Sputnik
/
Go to the photo bank

Kyrgyz Parliament speaker Isaev, however, refused to perform presidential duties, and Prime Minister Sadyr Japarov claimed he will be acting as the head of state until a new president is elected.

Opposition protests erupted in Kyrgyzstan after parliamentary elections on 4 October. The crowds of opposition supporters seized the capital's White House and City Hall, also entering the building of the State Committee for National Security, prompting the release of former Kyrgyz president, Almazbek Atambaev, and other former officials, detained by the authorities amid the state of emergency.

Following the clashes, the Kyrgyz Central Commission annulled the results of the vote, citing violations, while several top Kyrgyz officials, including the country's prime minister, Kubatbek Baronov, stepped down from their positions.

BISHKEK (Sputnik) - The newly-appointed head of the Kyrgyz National Security Committee, Kamchybek Tashiev, said Friday that the 2013 criminal case against Sadyr Japarov, who currently acts as the country's president, would be reviewed.

"You know that the court send his [Japarov's] case for review, and it will be completely reviewed", Tashiev told a press conference.

BISHKEK (Sputnik) – The acting president of Kyrgyzstan, Prime Minister Sadyr Japarov, is legally barred from running for the office of the head of state, lawmaker Omurbek Tekebayev told the country’s parliament at Friday’s session.

Tekebayev stated that the Kyrgyz constitution clearly prohibits an acting head of state to electorally vie for the position.

“According to the law, you, Sadyr Nurgojoyevich [Japarov], cannot run for the post of the president”, Tekebayev said from the podium.

This puts a ceiling on Japarov’s mercurial rise to power, as he was a jailed opposition figure just two weeks ago.