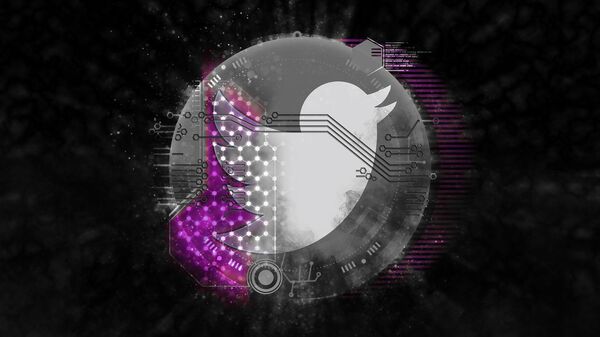 Evan Craighead
All materialsWrite to the author
Twitter has issued a clarification on its “Hacked Materials Policy” following fallout from the social media platform’s decision to block two New York Post articles about Hunter Biden. However, some netizens are arguing the platform has not been consistent with its application of the rule.

“We want to provide much needed clarity around the actions we’ve taken with respect to two NY Post articles that were first Tweeted this morning,” Twitter Safety tweeted Thursday night. “The images contained in the articles include personal and private information - like email addresses and phone numbers - which violate our rules.”

This announcement came hours after Twitter users were blocked from tweeting out a link to a New York Post article titled “Hunter Biden emails show leveraging connections with his father to boost Burisma pay.”

Facebook also limited the distribution of the article on its platform.

“As noted this morning, we also currently view materials included in the articles as violations of our Hacked Materials Policy,” noted Twitter Safety in the Thursday night thread. “Commentary on or discussion about hacked materials, such as articles that cover them but do not include or link to the materials themselves, aren’t a violation of this policy. Our policy only covers links to or images of hacked material themselves.”

The safety arm of the social media platform went on to claim that the policy was “established in 2018” and “prohibits the use of our service to distribute content obtained without authorization.”

“We don’t want to incentivize hacking by allowing Twitter to be used as distribution for possibly illegally obtained materials,” it added.

Twitter’s announcement of this alleged longstanding rule prompted the responses of many netizens, some of whom attempted to cast a light on the platform’s selective censorship.

LOL - Trump's tax returns were obtained without authorization, as were the recent FinCEN Files based on thousands of suspicious activity reports from the Treasury Department, and on & on. Twitter does *not* enforce this 2018 policy - tho it suddenly did with the Hunter story... https://t.co/NTuBiqSC82

Under Twitter’s current policy, the terrorist Ayatollah of Iran can threaten genocide against the only Jewish country on earth, while the President of the United States of America is banned from linking to a story in an American newspaper founded by Alexander Hamilton in 1801.

Media outlets that reported on the DNC/Podesta emails in 2016 would have been prohibited from sharing the links on Twitter under this new "hacked materials policy." That's what all this is about: doing everything in their power to prevent a repeat of 2016. It's 100% political

US President Donald Trump and Rep. Jim Jordan (R-OH), the ranking member of the House Judiciary Committee, also spoke out against the censorship and called for the repeal of Section 230 of the Communications Decency Act of 1996, which protects internet platforms from legal liability for third-party content, treating them as distributors rather than publishers of information.