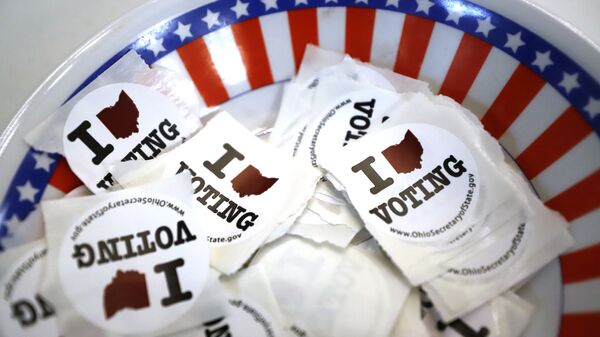 Ekaterina Blinova
All materialsWrite to the author
Early voting turnout has reached record numbers, with up to 14 million Americans having already cast their ballots in the general election, according to US Elections Project data. US academics have warned against leaping to conclusions with regard to which party's candidate is likely to benefit from the emerging trend – Donald Trump or Joe Biden.

At least 425,028 ballots were cast in-person on 13 October, while at least 224,122 had been sent in by mail in Texas, as The Texas Tribune reported on Tuesday. Meanwhile, in Ohio, 193,021 residents have voted in person since the state's elections centres opened on 6 October, with nearly 2.5 million Ohioans having requested applications as of this week, according to Fox News. The media also emphasise a surge in mail-in voting due to the fears over the coronavirus pandemic.

"Seven states, including Pennsylvania, New Hampshire, and Virginia have already received more early ballots than they did in the 2016 presidential election", sums up The Wall Street Journal, commenting on the unparalleled enthusiasm demonstrated by American voters ahead of 3 November.

What's Triggering High Early Voter Turnout in the US?

"The high turnout is indicative of enthusiasm on both sides, but until we can cross the early vote data with people's voting files, we won't have a good idea of whether or not this is benefiting one party more than the other", says Mark Jones, a political science professor at Rice University's Baker Institute for Public Policy.

Until more time has passed we will not know if the record numbers do demonstrate a new trend, or whether "it is simply indicative of a high degree of enthusiasm among a subset of voters", the academic underscores.

"I suspect it is a bit of both, with turnout likely to be higher in 2020 than in 2016, but not at the levels that one would predict by comparing the first day early voting turnout in 2020 to that in 2016", he remarks.

Historically, the principal threat to the legitimacy of US elections has been low voter turnout, according to the political scientist, who points out that the United States "consistently ranks near the bottom of the world's consolidated democracies on the share of its population that turns out to vote".

In response to this situation many states introduced an early voting option. However, the system has its advantages and disadvantages, the academic notes: on the one hand it "does have a modest positive effect boosting turnout"; on the other hand, those who cast their ballots early "have no ability to modify their vote if they change their mind due to new information received during the campaign's homestretch".

Meanwhile, Georgia, Texas, Ohio, and Illinois have been cited by Newsweek as the leaders in the early voting race.

Still, this is only part of the problem, according to the political scientist, who also refers to the hostile political environment, the slowdown of the US mail, and the speculations that the election may be dominated by fraudulent votes. Given all of the above, "it is not surprising that many citizens are attempting to vote early", Pomante says. 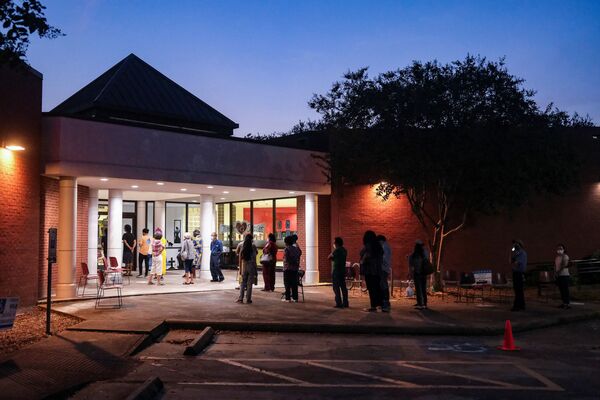 'Citizens Want to Make Sure Their Vote is Counted'

It remains to be seen whether the Democrats or the Republicans will reap the benefits of the early vote records.

When it comes to Georgia and Texas, "both states have traditionally awarded all of their electoral college votes to the Republican Party candidate", Pomante remarks.

Likewise, Politico warns the Dems against getting too excited over Florida early vote indicators: while Democrats are reportedly outvoting Republicans, Florida campaign veterans have predicted a "red" Republican wave soon.

"With the challenges that the US faces during this election, record turnout in early voting might just be a result of citizens wanting to make sure that their vote is counted. If this is in fact the case, I don't believe either candidate will benefit from high turnout during the early voting period", Pomante concludes.