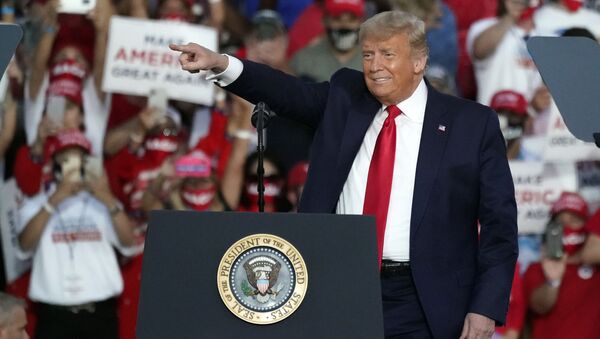 Max Gorbachev
All materialsWrite to the author
The Lincoln Project, created by a group of former Republicans that oppose Trump has already spent seven figure sums on TV and digital commercials targeting voters in key states. The project has raised almost $60 million this year.

At least 15 billionaires or their spouses have donated to the super-PAC created to thwart Donald Trump’s chances of winning the 2020 presidential election. The biggest contribution was made by Gordon Getty, heir of oil tycoon J. Paul Getty. According to data from the Lincoln Project, the philanthropist has so far given $1 million.

Several donors, who contributed to the committee earlier this year, donated even more money in the past three months. Producer and film studio executive David Geffen, who first contributed to the Lincoln Project in June, donated $200,000 in August and September.

According to the committee's records, it raised $39.4 million between July and September. At least 3 percent of this sum came from billionaires. In all the super-PAC has raised $58 million this year. Donors are not allowed to give more than $5,600 directly to presidential campaigns, but there is no limit to how much money they can donate to super-PACs.

The Lincoln Project was created in 2019 by a group of current and former Republican strategists, who once worked with such high-ranking politicians as late senator John McCain, former President George W. Bush, former Vice President Dick Cheney, and others. The super-PAC's goal is to prevent Donald Trump from winning the 2020 presidential election and defeat Trump's supporters in the Senate.

The committee has already spent seven figure sums on TV and digital ads targeting voters in key states such as Arizona, Florida, Michigan, North Carolina, Ohio, Pennsylvania, Texas, and Wisconsin. The PAC's commercial "Mourning in America" (a play on Ronald Reagan's famous 1984 campaign ad "Morning in America") prompted an angry response from Donald Trump, who branded the strategists "losers" and the committee itself "a disgrace" to Abraham Lincoln.