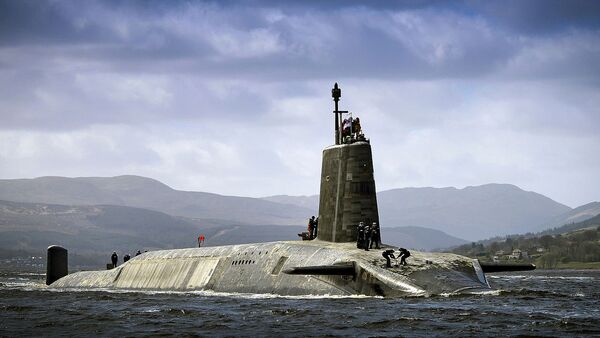 © Photo : OGL/CPOA(Phot) Thomas McDonald
Subscribe
Evgenia Filimianova
All materialsWrite to the author
The submarine crew reportedly left the vessel to go to bars and restaurants in Georgia, United States, where the Kings Bay US base is located.

A submarine that’s part of the UK's nuclear deterrent programme has suffered a COVID-19 outbreak among the crew, with more the 35 members testing positive for the virus.

The vessel team have been said to have travelled as far as Florida, one of the heavily hit states by coronavirus.

HMS Vigilant that costs billions of pounds has again been involved in controversy in the past.

Some of its staff has been removed from the vessel back in 2017, following drug test results showing cocaine in their blood. Reports of drug-fuelled parties, a case involving a prostitute, and an affair between crew members have tainted the reputation of the UK Royal Navy vessel in the past.

A spokesman for the Royal Nave has been reported to say the Department doesn’t comment on matters related to submarine operations.

UK Defence Ministry announced back in 2018 an investment of 2.5 billion pounds ($3.4 billion) to kick off construction of new submarines for the Royal Navy.

An investment of extra 400 million pounds ($511 million) was also announced to secure funding for the Dreadnought, meant to replace UK’s nuclear-powered ballistic missile submarines of the Vanguard class.