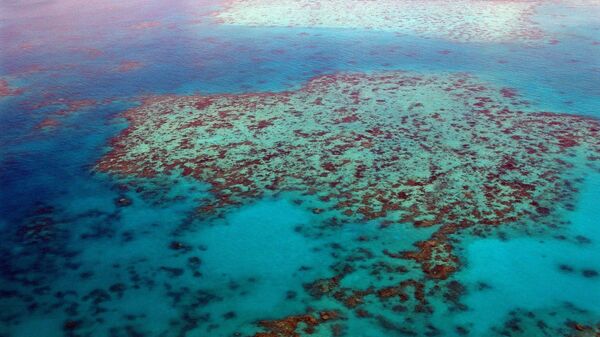 CC0 / /
Subscribe
International
India
Africa
A new study published this week in the journal Proceedings of the Royal Society B reveals that ocean warming has killed half of the coral in Australia’s Great Barrier Reef.

According to the study, conducted by four Australian researchers who have been monitoring coral abundance since 1995, large coral colonies in the reef’s northern area have declined in abundance by up to 98% in that time. There was a slight, 25% increase in coral on the southern slope, however.

“The decline occurred in both shallow and deeper water, and across virtually all species - but especially in branching and table-shaped corals,” Terry Hughes, co-author of the study, told the Washington Post. “These were the worst affected by record breaking temperatures that triggered mass bleaching in 2016 and 2017.”

“The only effective way to improve the outcome for coral reefs is global action on greenhouse gasses. If global temperatures rise to 3 or 4 [degrees Celsius], the reef will be unrecognizable, so there is no time to lose,” Hughes added.

Andreas Dietzel, another co-author of the study, told the Post that coral recovery is occurring “very slowly.”

“Corals are tremendously resilient because of their capacity to produce millions of babies but they/we desperately need a break from disturbances,” Dietzel added.

According to the US National Oceanic and Atmospheric Administration, climate change is the greatest global threat to coral reefs, because high ocean temperatures cause mass coral bleaching events, during which coral polyps expel algae from their tissues, turning completely white.

In addition, global warming leads to increased absorption of carbon dioxide into the ocean, which reduces calcification rates in reef-building organisms by changing seawater pH levels through ocean acidification.

In June, US and Australian environmental groups urged the UN Educational, Scientific and Cultural Organization to place the Great Barrier Reef on the body’s “in danger” list after the structure suffered its third mass bleaching event in just five years.

During the summers of 2016 and 2017, about two-thirds of the reef was damaged by severe bleaching outbreaks. In 2019, the Great Barrier Reef Marine Park Authority revealed that the reef’s outlook had been downgraded from “poor” to “very poor” for the first time.