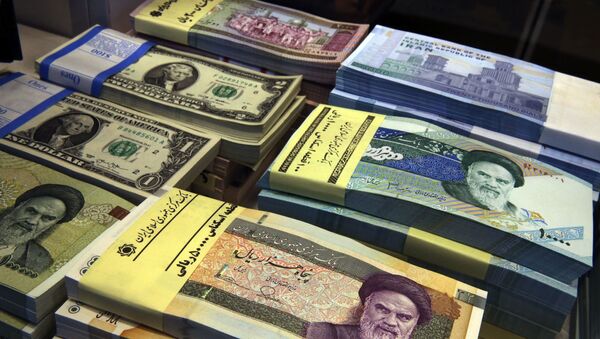 MOSCOW (Sputnik) - Iran will become free to sell and buy weapons starting Sunday as the UN arms embargo will be terminated under the 2015 nuclear deal despite the active resistance from the United States, Iranian President Hassan Rouhani said on Wednesday.

"This 10-year oppressive embargo will be lifted on Sunday, 18 October, with people’s resistance and the efforts of our country's diplomats, despite 4 years of US efforts. Those who say what the Joint Comprehensive Plan of Action (JCPOA) has done, this is one of them. From Sunday, we can buy and sell weapons, and this was one of the measures taken by the Government of Prudence and Hope," Rouhani said at a cabinet session.

Iran Developed More Advanced Missiles Than Ones It Showcased

Commenting on the upcoming lifting of the embargo, Abolfazl Hasanbeigi, a member of the parliament stated that Iran had developed missiles that have not been presented yet, and they are more advanced than previous ones.

"Yes, yes there are missiles more advanced than those we are displaying," Hasanbeigi said.

The official also said that Iran is self-sufficient with regard to missiles and the country will "display these weapons," including long-range ballistic missiles if the United States "wants this."

New Sanctions Will Further Washington’s Goal of Blocking Iran’s Importing of Medicine - Academic
In 2018, the United States abandoned its conciliatory stance on Iran, withdrawing from the JCPOA and implementing hard-line policies against Tehran.