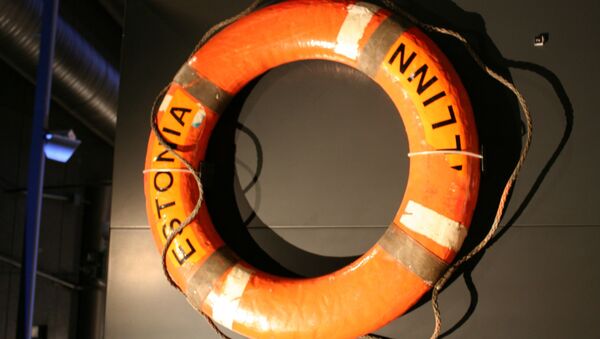 CC BY-SA 3.0 / Kalle Id / Estonia lifering
Subscribe
Igor Kuznetsov
All materials
The demise of the Estonia in the Baltic Sea between Sweden, Finland, and Estonia ranks among the worst maritime disasters of the 20th century, second only to the Titanic in peacetime.

The Estonian government is now pressuring Sweden to carry out new dives "as soon as possible" to investigate the 1994 Estonia tragedy.

In a letter to the Swedish government published by the newspaper Aftonbladet, Estonian Foreign Minister Urmas Reinsalu wrote that during a cabinet meeting on 6 October it was decided to proceed with the priority of examining the wreck and thoroughly documenting the 4-metre hole discovered in recent footage. The Estonian government also wants to find out what role the hole played in the dramatic sinking of the Estonia that killed 852 people.

The letter was answered by Sweden's Interior Minister Mikael Damberg, who described himself as responsible for issues concerning the Estonia. In his reply, he emphasised it was important for Sweden and Estonia to discuss "alternative approaches" that take into account the Estonia Act, stipulating the sanctity of the shipwreck and prohibiting any dives.

Damberg also stressed it is "of the utmost importance" that the interests of the survivors and relatives be taken into account, despite the latter having over the years demanded the truth about the death of the Estonia be investigated, and even penned an open letter of their own demanding justice following the emergence of the documentary in September. The results of the current one, they stressed, don't feel "complete and credible".

As a signatory of the Estonia Act, Estonia is compelled to adhere to it. However, Jaak Madison, MEP for the national-conservative party Ekre, said in a recent interview with the party Alternative for Sweden that he couldn't image the Estonian government would cave in to demands from Sweden.

"For our party, it would be a big political scandal if we agreed not to start a new investigation", Madison said.

Anders Ulfvarson, a professor emeritus in marine construction technology, recently added fuel to the fire by assuring that the sea bottom couldn't have created the recently discovered hole. What happened instead, Ulfvarson mused in an interview with Aftonbladet, is that the hole in the hull, which is closer to the bow than the midship, appeared first. This caused the ship to take in loads of water and the bow visor to loosen, as it was exposed to more pressure than it was designed for. That a bow visor could otherwise come loose is unlikely, the professor explained. However, what caused the hole, remains a matter of speculation, he stressed. 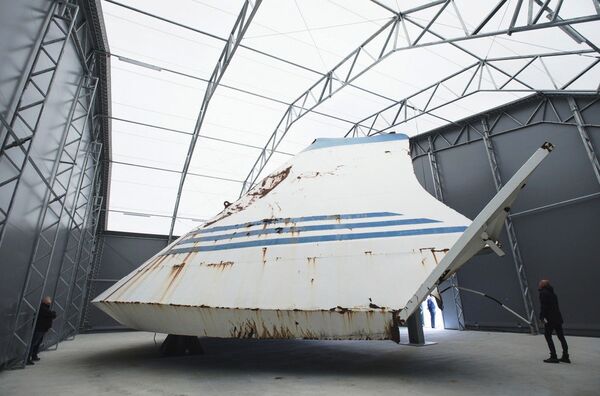 The demise of the Estonia in the Baltic Sea between Sweden, the Åland archipelago, Finland, and Estonia ranks among the worst maritime disasters of the 20th century, second only to the Titanic in peacetime. Some 852 people died and only 137 survived the disaster. The official version has so far been that the bow visor separated and the ship's bow door opened, whereupon it immediately took on a heavy starboard tilt, as water flooded into the vehicle deck.

The find has since fuelled renewed speculations and theories about the ship's tragic fate. For instance, Margus Kurm, former public prosecutor and former chairman of the Estonian government's investigation into the disaster, suggested that the Estonia could have collided with a submarine, a Swedish one at that.

100000
Popular comments
...second only to the Titanic in peacetime. Not quite.. most likely the Olympic? Search. ''Social shorthand. Did the Titanic Really Sink or was it Olympic?''
TommyT
14 October 2020, 10:29 GMT1
000000
Here's freedom to him who would speak; here’s freedom to him who would write; for there's none ever feared that the truth should be heard; save he who the truth would indict! ~ ROBERT BURNS.