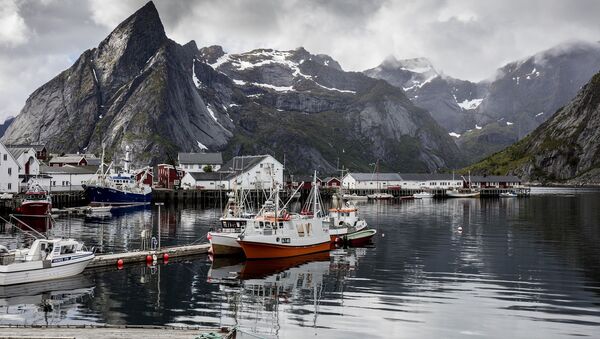 © Photo : Pixabay
Subscribe
Igor Kuznetsov
All materials
Although not a bulwark of the Norwegian economy, the tourism industry accounts for over 165,000 jobs in a nation of 5.4 million and corresponds to 1.8 percent of its GDP.

According to new analysis by the Confederation of Norwegian Enterprise (NHO), total tourist consumption between January and August of 2020 fell by a staggering NOK 41 billion ($4.4 billion) compared with the same period last year, the news outlet Kampanje reported.

The decline in tourist consumption was most significant among foreign tourists, with a 68% decline in the period – from NOK 46 billion (nearly $5 billion) to NOK 14 billion ($1.5 billion), according to analysis by NHO Travel.

Kristin Krohn Devold, the CEO of NHO Travel, argued that this is proof that the tourist branch needs help to cover its fixed costs amid the raging COVID-19 crisis.

"Without help, we are facing the destruction of jobs. The industry needs compensation for up to 80% of fixed expenses in the future as long as the infection lasts", she said.

According to Devold, at least NOK 680 million ($74 million) in next year's state budget must be earmarked for compensation for the first three months of 2021, and possibly even increased gradually.

Devold also lashed out at the government's signals that it is up to the market to decide which companies will survive the crisis and which will perish. Devold insisted that with the current order levels no companies can possibly survive.

In recent years, Norway has experienced a boom in foreign tourists, which has had a positive effect on the Norwegian economy. Foreign contribution in 2018 was estimated at NOK 52.6 billion ($5.7 billion), a record high.

In 2018, Norway recorded a total of 6 million tourists, or 1.1 tourists per resident. The same year, tourism generated around $7.1 billion, which corresponds to 1.8 percent of Norway's GDP. On average, each of the tourists arriving in 2018 spent about $1,114. The tourism industry accounts for over 165,000 jobs in a nation of 5.4 million.

The main influx occurs during the summer months, and most tourists flock to Fjord Norway, the mountains, and northern Norway with its midnight sun.