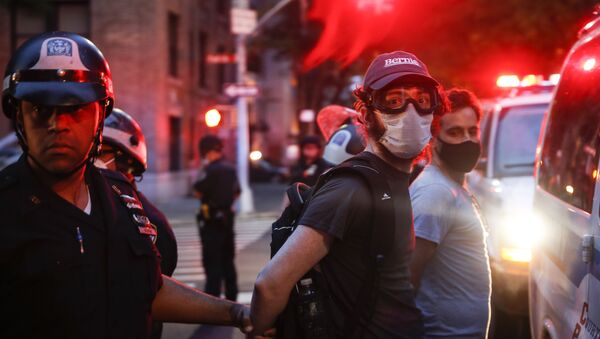 Aleksandra Serebriakova
Moscow-based Sputnik correspondent specializing in foreign affairs.
All materialsWrite to the author
Nearly all parts of the US were shaken by a wave of unrest after the death of George Floyd on 25 May. The riots went on for weeks, with many stores looted, public property damaged and thousands of arrests made.

New York Police Department is preparing for a new wave of protests in the run up to the presidential election and has urged all its uniformed officers to get ready for deployment from 25 October onwards, according to an internal memo obtained by the New York Post and CNN.

The document, reportedly written by NYPD Commissioner Dermot Shea, describes the forthcoming November vote as “the most highly contested presidential elections in the modem era,” where the winner “may not be decided for several weeks”.

“Accordingly, we should anticipate and prepare for protests growing in size, frequency, and intensity leading up to the election and likely into the year 2021”, the commissioner wrote.

The Department is now said to be bracing itself for election unrest and possible attempts to interfere with vote-counting. The officials are mainly said to be concerned about separating peaceful demonstrators from violent and armed groups. 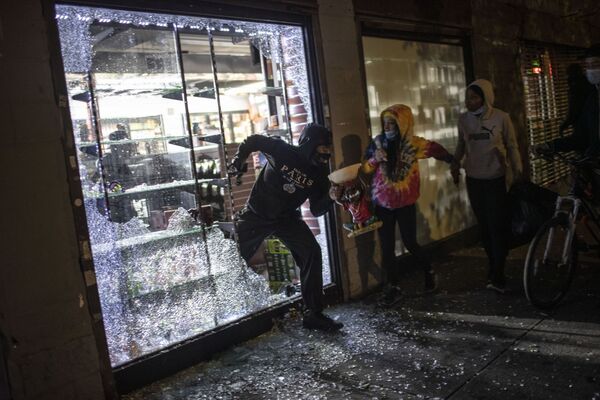 People run out of a smoke shop with smoking instruments after breaking in as police arrive on Monday, June 1, 2020, in New York. Protests were held throughout the city over the death of George Floyd, a black man in police custody in Minneapolis who died after being restrained by police officers on Memorial Day
© AP Photo / Wong Maye-E

New York streets were overrun by protesters this summer after the death of African-American citizen George Floyd in Minneapolis after he was brutally arrested by local police officers. The event prompted peaceful protesters as well as violent riots across the country, with thousands of people arrested as a result of arson, vandalism and looting.

The events caused NY authorities to launch a two-day training scheme for every uniformed officer beginning in July, an unprecedented measure in the past couple of decades.