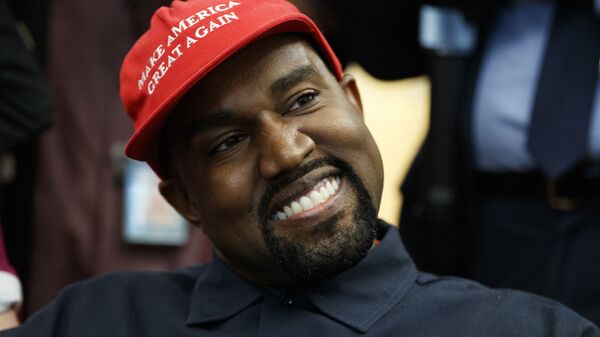 Kanye West is urged voters to support him as a write-in candidate in the musician's first political ad as part of his presidential run.

"We as a people will revive our nation's commitment to faith", the ' Yeezus' star said in the clip released on Monday.

"By turning to faith, we will be the kind of nation, the kind of people, God intends us to be", the rapper said in front of a waving black and white American flag.

The film ends with the words "write in Kanye West"

​West only declared his White House bid in July, and has spent around $6 million of his own funds on the race, Federal Election Commission filings reveal.

The 43-year-old rap and fashion celebrity, who is running on the 'Birthday Party' ticket, has been unsuccessful in making the ballot in most states and has polled in the single digits in the majority of polls.

West, who suffers from bipolar disorder, also released a campaign website including a ten-point presidential platform and 2020 merchandise such as "Vote Kanye" hoodies going for $80 a piece.

The entertainer also pushed for write-in candidacy last week, tweeting to his 31 million followers that his friends had offered him support.

Friends writing me in 🕊 pic.twitter.com/bC4NvFBWB5

​West, who has been an open supporter of President Trump and made visit the Oval Office in 2018, said in an interview in August, that he was "not denying" his presence in the race is seeking to harm the candidacy of Democratic presidential nominee Joe Biden.