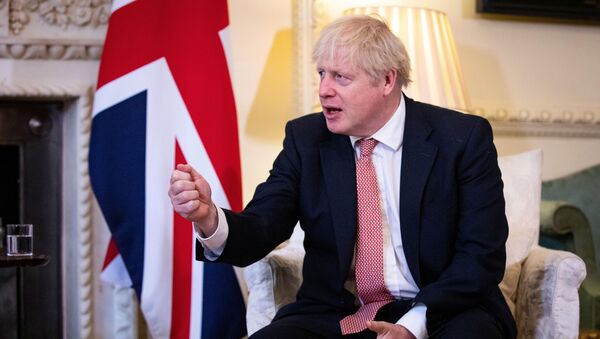 The United Kingdom is set to leave the European Union at the end of the year and negotiations have come to an impasse over key policy disagreements. Both parties now stress that they wish to see a deal reached but that they are ready for a no-deal withdrawal.

Boris Johnson attempted to calm ministers' concerns about failing to secure a post-Brexit trade deal with the European Union, telling them to have “no fear” for the UK's future.

The British Prime Minister, who is looking to confirm if an agreement is possible by next Thursday’s summit of European Union leaders, said to his Cabinet on Tuesday that the talks have reached a crucial stage. 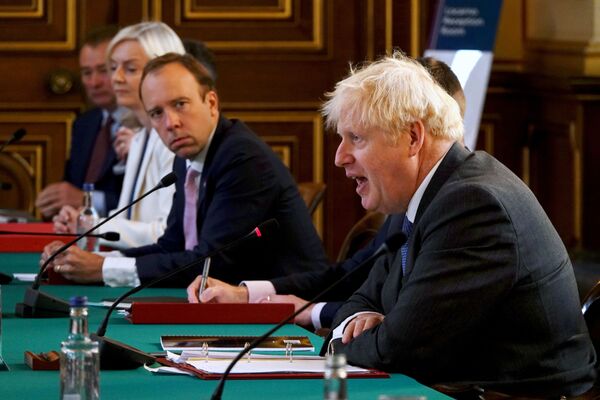 According to an official spokesperson, Johnson informed the Cabinet that he believes a trade deal can still be secured.

“The PM reiterated that, while we want a deal on the right terms, if we can’t get there we are ready and willing to move forward with an Australian-style outcome, which holds no fear", the spokesman said.

Government minister Mr Agnew accused UK businesses of having a “head-in-the-sand approach” in the run-up to the country's exit from the single market and customs union once the transition period agreed to in the Withdrawal Agreement ends this year.

“The traders are not as ready as they should be", he said, sparking a backlash from business representatives.

“Businesses are doing all they can to prepare for Brexit. But firms face a hat-trick of unprecedented challenges: rebuilding from the first wave of Covid-19, dealing with the resurgence of the virus and uncertainty over the UK’s trading relationship with the EU", Confederation of British Industry (CBI) deputy director-general Josh Hardie

He said that more than "three-quarters of businesses want a deal that will support people’s jobs and livelihoods amid these incredibly uncertain times".

“The best way to help preparations is to agree a deal in the coming weeks", he added.

While speaking to ministers from the 27 member states at a conference in Luxembourg before this week’s European Council summit, the EU’s chief negotiator, Michel Barnier, claimed that talks could surpass the UK's set 15 October deadline.

“The EU will continue to work for a fair deal in the coming days and weeks”, he said.

​Michael Roth, Germany’s Europe minister, said that the UK would have to shift on control of fishing rights, the “level playing field”, state subsidies, and enforcement of the deal.

“Frankly speaking, we are at a very critical stage in the negotiations. We are extremely under pressure, time is running out", Mr Roth said while addressing the General Affairs Council (GAC) meeting.

“That’s why we expect substantial progress by our friends from the UK in key areas".

Mr Roth added that the bloc is "well-prepared for both scenarios" and that "a no-deal scenario is the worst case, not just for the European Union but also for the United Kingdom, but we are also prepared for that".

“But we are working very hard on a good deal, on a sustainable deal which is acceptable for both sides".

Maros Sefcovic, vice-president of the European Commission, who has been engaged with government minister Michael Gove over the Brexit withdrawal, described the EU's united as "solid".

​David Frost, Boris Johnson’s Europe adviser, will be present at the negotiations in Brussels until the eve of the summit.

Brexit negotiations have stalled in recent months due to disagreements over key post-withdrawal issues such as fishing rights sovereignty, the Irish border, and state aid.

The UK will officially leave European Union bodies at the end of the year where it will no longer be subject to the bloc's regulations. If the two sides are unable to reach a deal Britain will default to World Trade Organisation rules.