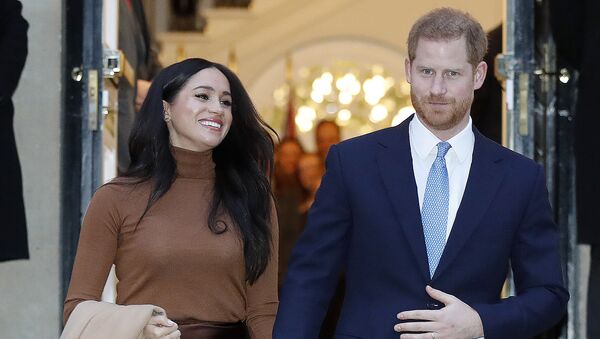 Aleksandra Serebriakova
Moscow-based Sputnik correspondent specializing in foreign affairs.
All materialsWrite to the author
In his upcoming memoire ‘Battle of Brothers’, historical consultant and author of 'The Crown' Robert Lacey details the impact Meghan Markle’s engagement to Prince Harry had on his relationship with Prince William. According to the writer, this perspective has invited a lot of hate mail from ‘furious’ fans of Britain’s future king.

“There was personal animosity in the palace towards Meghan – and the feeling is mutual,” royal biographer Robert Lacey told the Sunday Times, touting the publication of his upcoming book ‘Battle of Brothers: William, Harry and the Inside Story of a Family in Tumult’ which is expected to hit bookstores this week.

Lacey believes, citing numerous sources he had talked to during preparation for his memoire, that there was “somebody” in Buckingham palace who “hated Meghan”. Although he could not name the people he had in mind, Lacey insists that “there is no love lost there”.

"The palace expected Harry to marry a nice girl called Annabel or Henrietta and to go and live in the country. They didn’t expect this bombshell," the author insists.

What’s Inside ‘Battle of Brothers’

Lacey’s book is partly devoted to the Sandringham Summit, a historic meeting between the Queen, Prince Charles, Prince William and Prince Harry, that took place this January to determine the future of Sussexes within the royal family following their unexpected announcement that they will step down from their senior royal positions to live a “financially independent” life. 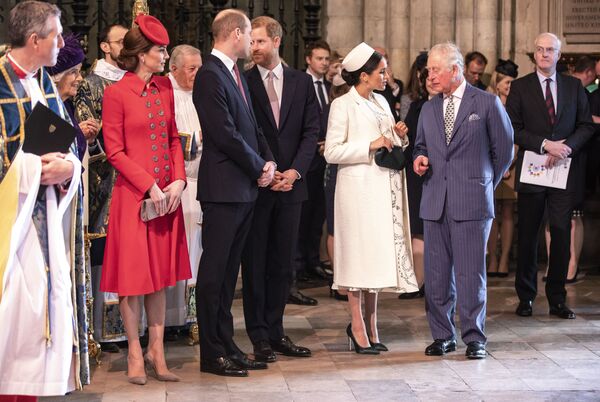 Britain's Prince Charles, talks with Meghan, the Duchess of Sussex as they attend the Commonwealth Service with other members of the Royal family at Westminster Abbey in London, Monday, March 11, 2019
© AP Photo / Richard Pohle

Battle of Brothers details the impact of this development, as well as the effect the Sussexes’ marriage in general, had on the relationship between Prince William and Prince Harry. According to the book, excerpts of which have already been circulating in the media prior to its release, Prince William feared that Prince Harry was rushing into marriage with the former Hollywood actress and even asked the younger brother of their late mother Princess Diana to step in.

Following the abdication announcement, Prince William was apparently so frustrated with his sibling that he had refused to meet him for lunch before the family gathering in Sandringham, Lacey writes.

“He would obviously turn up at 2 p.m. for the meeting, he said, but he only wanted to talk business,” the 78-year-old biographer claims in the book.

Is the Purported Rift so Serious?

Lacey noted to the Sunday Times that he did not believe the split between the Windsor brothers was so significant and had thought it was just “a newspaper invention” before he had actually started researching for the book.  But after talking to a dozen people familiar with the matter, he now thinks that the situation was even “worse” than it was initially suggested.

It is believed that the two brothers have now split apart the offices they had shared at Kensington Palace since 2012.

'Almost Unsurvivable': Meghan Markle Says She Was the World's 'Most Trolled Person' in 2019
The biography has already earned many haters, according to Lacey, who says that he had been getting a lot of “hate mail” from royal fans due to the fact that “the book has dared to suggest Prince William is not perfect”.

“Portraits of William are always so idealised because he is our future king. Charles III and Queen Camilla is not an appealing prospect, but there is William and his wonderful wife — and that’s what everybody has their hopes set on.”

Battle of Brothers is expected to come out on 15 October.