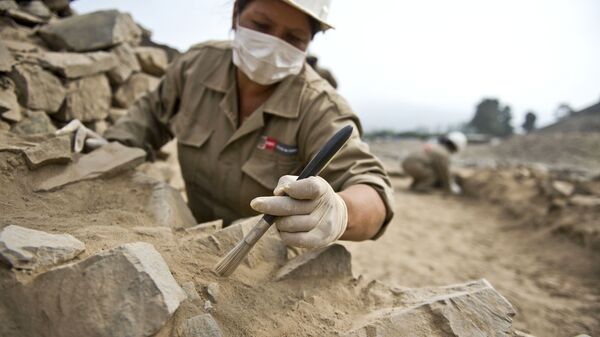 Andrei Dergalin
All materialsWrite to the author
The "archaic living area" reportedly uncovered during excavation is said to feature a storage section where "ancient ceramics, pots and jugs" were found.

According to the media outlet, a 15-person excavation team which includes anthropologists, archaeologists and art historians among its numbers has found an Early Bronze Age “archaic living space” during surface research at Iremir Mound.

"Revealing ancient ruins dating back to the Urartians are very important for mound excavations. The findings we revealed in İremir Mound dates back to the Early Bronze Age," said Erol Uslu, head of the excavation team and chairman of Van Museum. "This shows that there was life here before the Urartians".

The uncovered area reportedly includes what is believed to be a storage section where "ancient ceramics, pots and jugs" were found.

The Iremir Mound's significance also stems from the fact that it "displays the ancient civilisations as a whole", the newspaper adds quoting Uslu.