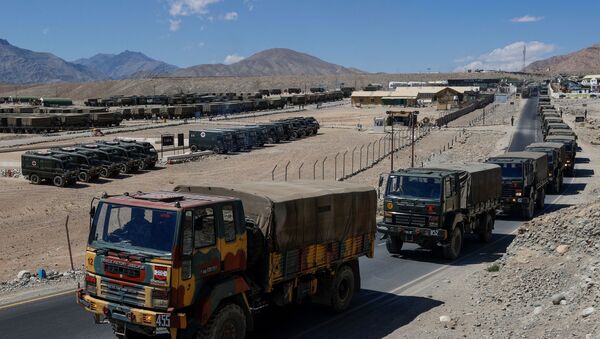 NEW DELHI (Sputnik) - India and China will hold on Monday the seventh round of negotiations between their military commanders for the disengagement of troops along the so-called Line of Actual Control (LAC) that demarcates their territories across the Himalayas in the Ladakh region.

The talks are scheduled to begin at noon local time (06:30 GMT) in the Chushul village on the Chinese side of the LAC.

As reported by Indian media, New Delhi during the talks will seek complete demilitarisation of East Ladakh, proposing that Beijing be the first to reduce the number of troops in the region, withdrawing troops specifically from the northern and southern banks of Lake Pangong.

China, in turn, is reportedly expected to suggest that India withdraw troops first from the southern bank of Pangong.

Narendra Modi Opens World’s Longest Tunnel Connecting Ladakh, Takes A Dig At Congress
Since the 1962 war between India and China, the two lack a duly demarcated borderline in the Himalayas. As a consequence, the area has since frequented seeing hassles between the military of both sides.

Following a deadly escalation in the Pangong vicinity in May, India and China boosted their military presence in the disputed region. The latest clash took place in early September, with the sides blaming the initiation of the firing on each other.

India and China have launched consultations on the highest military level to try to settle the long-standing border disagreements. The sixth round of talks took place in late September.