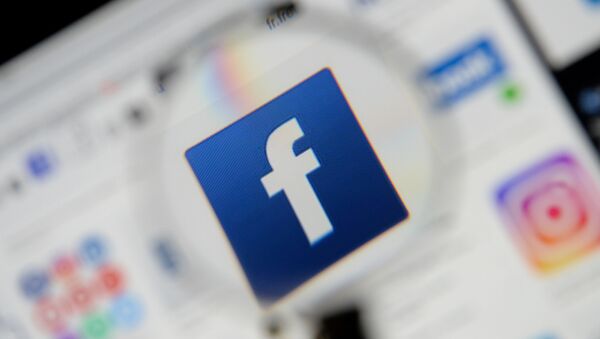 James Baillie
All materialsWrite to the author
According to a recent survey of adults in the US aged 18-39, almost a quarter said they believed the Holocaust was a myth, that it had been exaggerated or they weren’t sure. Institutions focused on Holocaust research and remembrance, such as Yad Vashem, have noted that Holocaust education is a key component in combatting anti-Semitism.

The decision comes following a campaign spearheaded by Holocaust survivors around the world to target Facebook CEO Mark Zuckerberg this summer, urging him to take action to remove Holocaust denial posts from the social media site.

Coordinated by the Conference on Jewish Material Claims Against Germany, the #NoDenyingIt campaign had Holocaust survivors use Facebook to appeal directly to Zuckerberg, posting one video per day urging him to remove Holocaust-denying groups and posts as hate speech.

Zuckerberg said in a blog post Monday that he believes the new policy strikes the “right balance” in drawing the lines between what is and isn’t acceptable speech.

“I’ve struggled with the tension between standing for free expression and the harm caused by minimizing or denying the horror of the Holocaust,” he wrote. “My own thinking has evolved as I’ve seen data showing an increase in anti-Semitic violence, as have our wider policies on hate speech.”

Facebook has faced criticism, including an ads boycott earlier this year, over its policies on hate speech and misinformation.

Zuckerberg previously caused controversy with comments in 2018 to the tech website Recode that posts denying the Holocaust would not necessarily be removed, adding that he did not think Holocaust deniers were “intentionally” getting it wrong.

Facebook said that it worked with global organizations in its efforts to understand how hatred is expressed on the web, including dialogue with the World Jewish Congress and the American Jewish Committee.

Facebook said it will direct users to credible information if they search for terms relating to the Holocaust or its denial on the platform.

Monika Bickert, VP of Content Policy at Facebook wrote that the new policy “is supported by the well-documented rise in anti-Semitism globally and the alarming level of ignorance about the Holocaust, especially among young people.”

000000
Popular comments
Next campaign shall be “do not blame jews for crucifiction of Jesus Christ”
DRL
13 October 2020, 00:11 GMT4
000000
Considering who owns the media you can't blame anyone who doesn't believe it after reading some fact supporting literature and not the official propaganda. There is also a massive difference between Semites and Zionists who claim to be the Semites but never will. Sunni Muslims never will be Shia no matter how many times the press will say so. Besides, holocaust is dated back to 1900 and NYT articles that had been printed on some schedule with the number 6 plus 6 zeroes already decided.