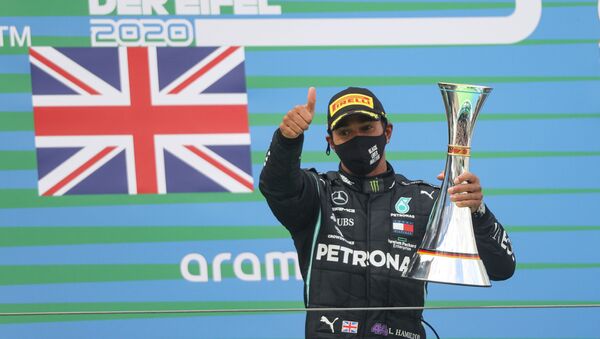 This has been Hamilton's seventh win of the season, placing him 69 points clear of the Finnish driver Valtteri Bottas in the standings with six rounds remaining.

A video has been shared online showing Hamilton being awarded a Schumacher helmet by Mick Schumacher, son of the seven-time F1 champion.