From Nixon to Trump: US Presidential Candidates Who Faced Speculation About Health 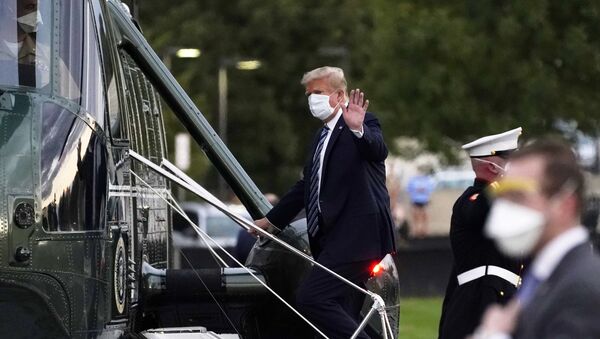 Aleksandra Serebriakova
Moscow-based Sputnik correspondent specializing in foreign affairs.
All materialsWrite to the author
It is not surprising for White House hopefuls to get scrutinized by media and the public ahead of presidential vote regardless of the party affiliations. Some candidates, however, had been forced to repel much more serious attacks that put under question their “fitness” for the office.

Speaking from the White House balcony, US President Donald Trump revealed during his first public address since returning from Walter Reed Medical Center after being diagnosed with COVID-19 that he is now “feeling great,” indicating his readiness to resume campaign events and rallies.

However, Trump’s treatment has excited much speculation, prompted by the fact that he had received the steroid dexamethasone during his stay at Walter Reed, a medication usually administered to severe COVID-19 patients.

But Trump is not the first president in US history who has had to ward off health rumours during an election or re-election campaign. Here is a handful of others whose health has given cause for concern:

Several years after his second term finished, Ronald Reagan revealed that he had been diagnosed with Alzheimer’s disease. However, some suggested, including his own son, that America’s 40th president’s illness had already manifested itself during his two runs for the office.

These speculations came to light in 1984, after Reagan’s presidential debate with Walter F. Mondale held as a part of his re-election campaign. Reagan, then 73, was the oldest US president to have held office at that time. His performance at the debate prompted attacks from the Democrat camp who said that the incumbent president looked seemingly tired and lost during his exchange with Mondale. 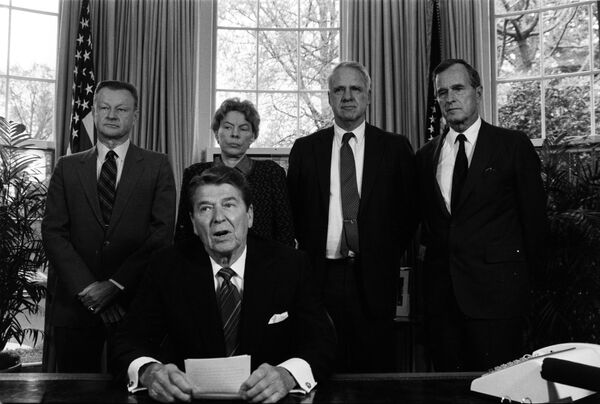 Shortly after the event, The Wall Street Journal also published an article with the title ''Reagan Debate Performance Invites Open Speculation on His Ability to Serve,'' that cited the Republican President’s age as an underlying obstacle to his running again for the White House.

Reagan’s physicians, however, rushed to dismiss any speculations about his “unfitness” for the White House, issuing a health report which described the President as a “mentally alert, robust man”.

In November 1984, Reagan won a landslide victory, capturing a majority of votes in 49 out of 50 states.

Richard Nixon and His Psychiatrist

Then-Republican presidential candidate Richard Nixon caused speculation about his state of mental health during the 1968 presidential campaign after the New York Times reported his “relationship” with a psychiatrist named Arnold Hutschnecker. 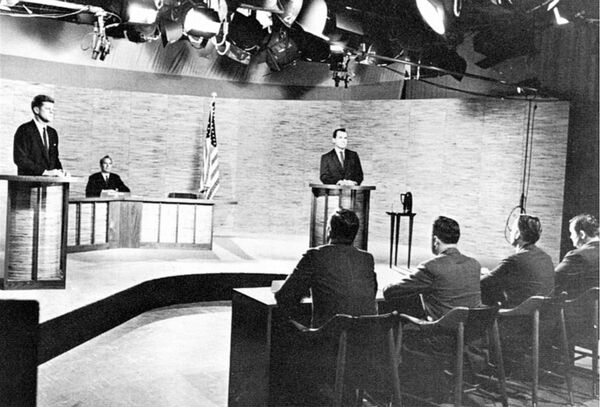 Hutschnecker apparently consulted Nixon while he was still a senator about occasional pains in his neck, but the relationship between the two were apparently severed soon after he was elected as America's 37th President. However, it was later revealed that Hutschnecker still visited the president in the Oval Office at least twice and the two maintained contact by phone.

The therapist later revealed that Nixon “didn't have a serious psychiatric diagnosis'' but had ''a good portion of neurotic symptoms".

Former US Secretary of State Hillary Clinton did not have an easy ride during her 2016 presidential election campaign, which was clouded not only by an email hacking scandal that she tried to blame on Russia, but also consistent speculation about her physical and mental health.

Clinton, who was 68 at the time of the November 2016 poll, was repeatedly captured on camera while expressing some bizarre if not worrying behaviour – including moments when she burst into uncontrollable laughter.

She also raised some eyebrows just a few months before the election after her head started shaking weirdly as Clinton was responding to questions about meeting with Senator Elizabeth Warren. The former first lady tried to laugh the situation off with her “you’ve got to try iced chai” comment but the incident was still widely shared by American outlets, including Fox and NBC News, sparking speculations on whether the politician’s posture was a result of seizure, a panic attack or an abnormal reaction to stress.

During a 9/11 memorial service held in September 2016 she was also photographed looking unwell, as she nearly fainted to the ground before being caught up by her aides and security team. Later her campaign clarified that Clinton’s shaking could be explained by her dehydration and overheat as a result of “mild” pneumonia.

These were just a few episodes that prompted media commentators to allege that Trump’s Democrat opponent, who had suffered a concussion in 2012, was “unfit” for the office, despite her physicians claiming otherwise.

It’s not clear whether the health issue was something that really influenced the result of 2016 vote that saw Clinton loosing dramatically to Trump.

The husband of the unfortunate presidential runner, Bill Clinton, also experienced some pressures two decades earlier during his re-election bid in 1996 as his Republican opponent Bob Dole repeatedly called upon the president to release his full medical history.

“I’ve released all of my health records. President Clinton has not. There’s got to be some reason,” Dole said and some media outlets and radio presenters speculated about the incumbent president’s potential drug use in the past.

Clinton did not fall for these attacks and stuck to his physician’s letter instead. And he still won re-election with 49.2% of the popular vote only to be impeached by the House of Representatives in 1998 in relation to the Monica Lewinsky sex scandal.