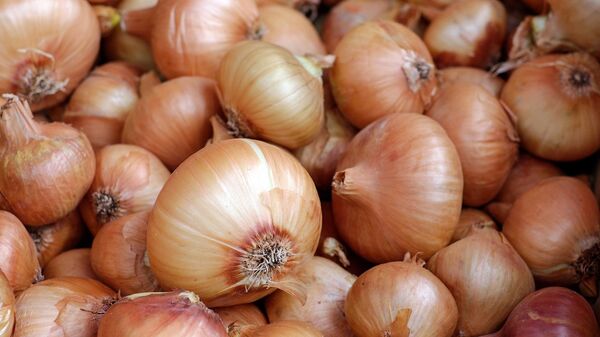 Andrei Dergalin
All materialsWrite to the author
One needs to have a “pretty active imagination” to look at image of onions and “get something sexual out of it”, a manager for the seed company in question reportedly remarked.

A Canada-based enterprise called Gaze Seed Company has announced that they have been finally allowed to advertise their Walla Walla Onion seeds on Facebook, after the social media platform previously notified them that the product's image was not in line with FB's ad guidelines.

According to a social media post made by the company earlier this month, the reason given by Facebook for said rejection of the ad was the alleged "overtly sexual positioning" of onions in the picture, as "listings may not position products or services in a sexually suggestive manner".

"We got notified the other day that it's an 'overtly sexual image' that they had to ban from the site," Jackson McLean, a manager at Gaze Seed Company, told CBC. "I guess something about the two round shapes there could be misconstrued as boobs or something, nude in some way."

McLean also mused how one to possess a "pretty active imagination" in order to "look at that and get something sexual out of it".

"'Overtly sexual', as in there's no way of mistaking it as not sexual," he remarked.

The manager added that the decision was likely made by a Facebook algorithm and that they will appeal it, with the company later reporting online the apparent success of that endeavor.