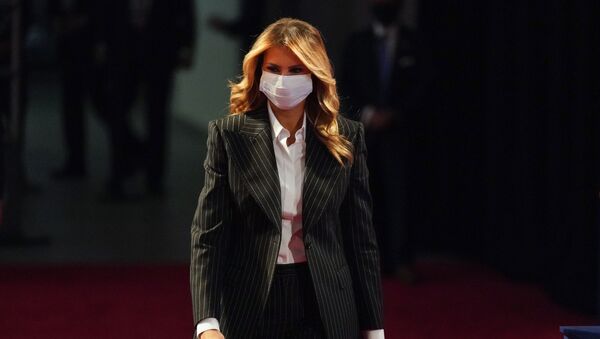 Aleksandra Serebriakova
Moscow-based Sputnik correspondent specializing in foreign affairs.
All materialsWrite to the author
A bunch of tapes allegedly featuring a conversation between First Lady Melania Trump and her former friend and aide Stephanie Winston Wolkoff were released this week, sparking a new debate about FLOTUS’ use of language in relation to sex workers.

The first lady is believed to have made the remark as she was discussing Daniels' photoshoot for Vogue, shortly before the model’s images appeared in the magazine’s online issue in August 2018.

“Nobody should judge Stormy Daniels, especially Melania Trump. They’re Eskimo sisters for Pete’s sake!” prominent sex worker Cherie Deville, who once considered running for president herself, told the Daily Beast. “As a personal policy, I never judge other women’s professional or marital choices, so I don’t judge Melania’s modeling background. I’ll leave the slut-shaming to the First Lady.” 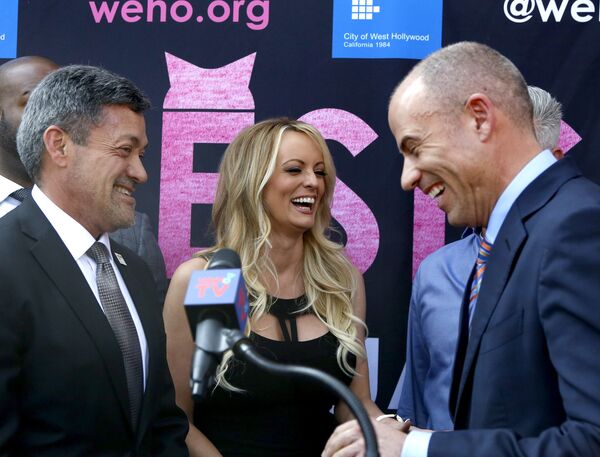 According to another adult actress Valentina Jewels, “singling” Stormy Daniels out and using “derogatory terms” to describe her was “just complete irresponsibility and lack of respect from Melania.”

“In the end, she is just like all of us, on our level, and she is definitely not above us, regardless of who she’s married to. Making those comments just makes her more unrelatable to the general public,” Valentina claimed.

Stormy Daniels, a 41-year-old pornographic actress and film director, claimed during Donald Trump’s presidential campaign in 2016 that she had had an affair with the future president a decade earlier when  his wife Melania had just given birth to their son Barron.

Daniels also publicly revealed that she was paid hush money to remain silent on the issue, but Trump team denied that the actual affair has taken place.

According to Wolkoff, who has just written a memoir about her time with the First Lady entitled "Melania and Me", Melania Trump was not much bothered by speculation of the alleged affair which she said was “just politics”.

However, Daniels herself commented on the First Lady’s leaked remark, arguing that although she “wasn’t paid for sex and therefore technically not a ‘hooker’, I'll take being that over what [Melania is] any day.”