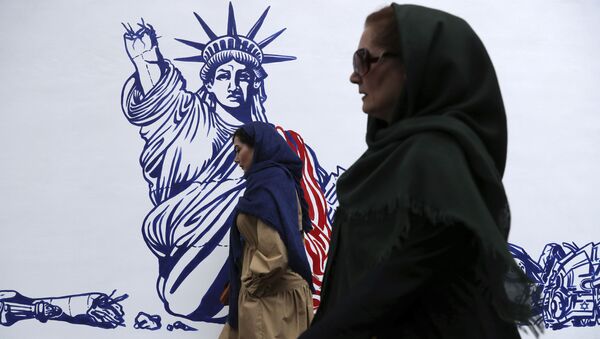 According to The Washington Post, the new sanctions will affect several banks that are not currently subject to secondary sanctions. EU officials have warned that this move could result in devastating humanitarian consequences for Iran that has been severely hit by the coronavirus pandemic and financial crisis.

The new sanctions are expected to be announced on Thursday, the publication said.

In late September, media reported, citing informed sources, that the US administration was considering sanctioning Iran’s entire financial system to cut it off from the outside world. According to Bloomberg, the sanctions will specifically target around 14 Iranian banks that have so far escaped US restrictions. The initiative, if approved, will designate the financial sector, including money-changers and informal payment transfer processors, on par with mining, construction and other sanctioned industries, according to the report.

On 21 September, the United States imposed sanctions on Iran's Ministry of Defence and Armed Forces Logistics, along with the country's Defence Industries Organisation.

Under the current administration, the United States has pursued a maximum pressure campaign against Iran by abandoning the nuclear deal and reinstating sanctions. Washington is now seeking to put in place international restrictions, despite other major powers’ opposition.