Italian Women Demand Probe Over Graveyard for Their Aborted Foetuses 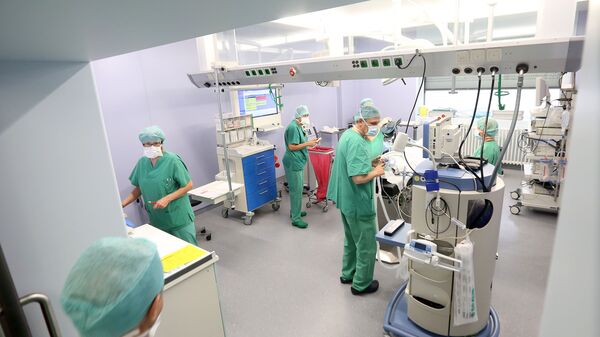 More than 100 Italian women have urged prosecutors in Rome investigate after they found their names on graves of aborted foetuses.

The women, represented by activist group Differenza Donna, say they did not consent to the burials of their aborted pregnancies, which only came to light last week.

One of the women, identified only by he first name Francesca, made the discovery when she visited a so-called “field of angels” burial plot at the Prima Porta cemetery in Rome out of curiosity. She was shocked to find her name on the grave markers of her unborn daughter, who was aborted after six months after doctors told Francesca she had fatal abnormalities.

“After the immense pain of losing my daughter, to discover this beastly act was awful,” the woman told The Guardian.

“I repeatedly asked the hospital what happened to the foetus and they made me believe it had been thrown away,” Francesca said. “So where was it for three months? Then for it to be buried with the symbol of a cross, which I don’t adhere to, and with my name on it – it felt like a punishment.”

Anti-Abortion Activists Protest in Berlin - Video
The cemetery reportedly has two sections containing the graves of hundreds of unborn children going back to 2012. Francesca said she saw older crosses piled on the ground, leading her to believe that some graves had been refilled.

Differenza Donna president Elisa Ercoli said the group was still receiving dozens of calls every day from women anxious to find out if their names are on the crosses.

“We’ve found crosses dating from 2012 until 2020, but there are women giving references as far back as 2005,” she said. “There must be a procedure that was systemised by agreements, but with what motive? Who made these decisions and in the interests of who?”

Under Italian law, foetuses aborted after three months may be buried, but only with the mother's permission. Abortion was legalised in the predominantly Catholic country 1978, but around seventy per cent of doctors refuse to perform the procedure citing "moral objection."

“The question of privacy is serious and we need to find out who’s responsible,” she said. “But it’s obvious that this initiative is the fruit of a mobilisation brought forward by Catholic groups that we perhaps underestimated – not just in Rome, but across Italy. They probably constructed relationships within the institutions and so found complicity.”

Rome's ASL health authority had yet to comments, but San Camillo hospital where Francesca's abortion was performed passed the buck to cemetery management firm Ama.

“The subsequent activities relating to the transport, management and burial of the foetus are the complete and exclusive competence of Ama,” the hospital said in a statement. “The hospital and ASL in no way contribute to any choice regarding the burial activities.”