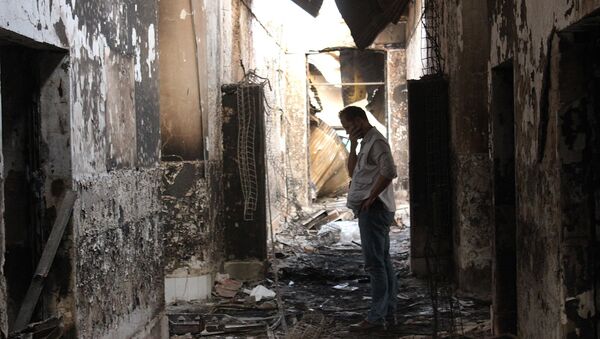 Morgan Artyukhina
All materialsWrite to the author
As talks between the Afghan government in Kabul and the Taliban rebel group continue in Doha, Qatar, one expert recalls to Sputnik that there are many forces working against a peace deal, including the negotiators’ lack of knowledge about anything but war.

Nearly seven month since the US arrived at a tentative peace deal with the Taliban, setting the stage for its own withdrawal and for Kabul to also make peace with the Taliban, the two Afghan parties are finally sitting down in Doha, which hosted the previous negotiations.

Significant obstacles stand in the way of such a deal, including the precise ways in which any power-sharing agreement would play out in terms of Islamic law, but also the Taliban’s long-standing rejection of the Kabul government as a puppet of the United States. The militant group was ousted from rule in October 2001 by a US invasion following the September 11 attacks in the US, which were masterminded by al-Qaeda terrorists in training camps high in the Afghan mountains.

Brian Downing, a political-military analyst and author of "The Military Revolution and Political Change" and "The Paths of Glory: Social Change in America from the Great War to Vietnam," told Radio Sputnik’s Political Misfits on Wednesday that a comprehensive peace deal may not be possible, and the US may eventually have to simply cut and run after 19 years of fighting in the country.

“I think it’s dragging on for two reasons: first, Donald Trump has signaled, rather carelessly, an eagerness to get out, and that’s not exactly a good position to have going into negotiations. Second, I think there are people in the Taliban who feel that they can reconquer most of the country and that a peace agreement would simply be a concession - too big a concession - to the other powers inside Afghanistan,” he said.

“Remember, they never conquered the whole country. Even at the heyday, at the apex of their power 20 years ago, there was always resistance in the north from the Tajiks and other people - the Northern Alliance as they were called back then - and they were supported externally by Iran and Russia,” Downing said. 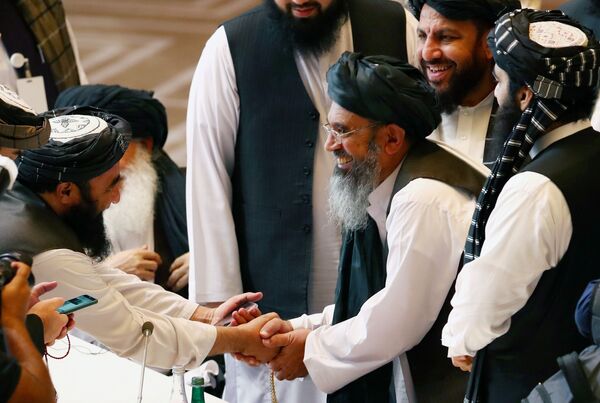 However, Downing cautioned, “I wouldn’t expect anything in the next few months. There’s typically a lull in the fighting as winter sets in, but paradoxically, the region has been hit by warmer weather in the last few years, and so the fighting doesn’t go down as much.”

“Even if there is some sort of peace agreement, I have to wonder if those more radical elements in the Taliban will abide by it. There are some, as I said, who want to reconquer the whole country or as much as they can. There are others who are internationalist in scope: they want to take the Islamist revolution outside of Afghanistan and build relations with Islamist groups in Uzbekistan, Tajikistan, elsewhere, and that’s a great concern to Iran and Russia. They both worry a great deal about the spread of radical Islam” into neighboring areas or their own countries, Downing noted.

“I think both sides, all sides, are kind of gearing up for a less-than-honorable, a less-than-complete peace agreement,” Downing predicted. “A lot of those northern people I mentioned have their own militias, they have their own weapons caches, they have political ties with foreign powers that will back them in the case of a resurgent Taliban trying to conquer the whole country - and connected to that, a collapse of the Kabul government … I am giving the worst-case scenario.”

“It could work out. The Taliban wants reconstruction aid, they’re not going to get any reconstruction aid from abroad if they continue the war, but I do think the United States wants out,” Downing said. “The Trump administration periodically says that we have to end the unwinnable wars around the world, and the American military is pretty sick of this war. Supposedly the generals were stunned when they were told 19 years ago that we were going to stay in Afghanistan and try to build a new economy there, a new democratic framework there.”

“To my way of thinking, what the US could do is simply announce to regional powers - Russia, Iran, China and Pakistan - that ‘there’s nothing more we can do. This is your backyard.’ China has invested heavily in Afghanistan, in the mineralogical wealth; Iran has good ties with many people in Afghanistan, especially in the north and the Shia in the center.”

“Russia has always had, oddly enough, pretty good ties with some people in the north - as I said, they supported them against the Taliban - and even during the war of the ‘80s, the Russian military got a grudging respect from the Tajiks. There were ceasefires, and the Russian military wanted to make … a Tajik north autonomous region separate from Kabul,” he noted.

“But I think if the United States announces to those four powers, ‘We’re done here, it’s your ball of wax now,’ they could impose incentives and threats that would keep a modicum of stability there and maybe even a good measure of stability there,” he predicted.

Downing said that nearly 40 years of warfare in Afghanistan have “broken down the idea of a nation,” solidifying tribal and local identities. “They don’t trust the government outside in Kabul - which, it’s very corrupt. The Taliban is seen as more honest.”

He recalled the wisdom of historian and war correspondent Bernard Fall, who wrote several books about the wars in Vietnam in the 1950s and 1960s and observed that a government losing to an insurgency isn’t being out-fought, it’s being out-governed.

“Another cultural thing is a lot of young people know nothing about peace. You say a millennial is shaped by 9/11, well the younger people, people under 40 in Afghanistan know nothing about peace and everything about war, and they don’t really like the idea of having a humble occupation like a herder or a farmer, something like that. They want to carry a Kalashnikov. That’s where the glory is; that’s what some people are attracted to in Afghanistan. Not everyone, of course, but enough to cause trouble, looking forward,” he said.

000000
Popular comments
The headline could also read, "40 Years of Neo-liberalism and Imperialism Have 'Broken Down Idea of a Nation' in USA"