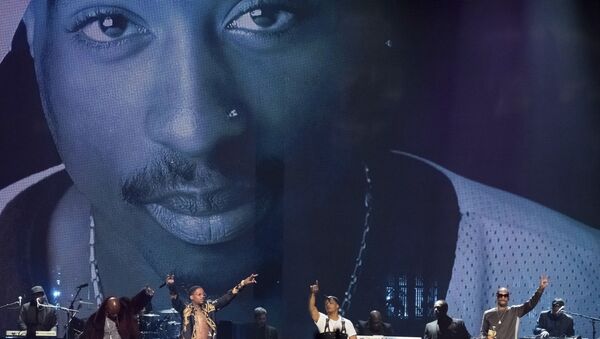 Muhammad Osman
All materialsWrite to the author
Last month, during a National Association for the Advancement of Colored People (NAACP) virtual event, Democratic vice presidential nominee for the 3 November election, US Senator Kamala Harris, made a gaffe while responding to a question about her favorite “living” rapper. The Senator answered: Tupac Shakur, who was killed in 1996.

“We have left a ticket for Tupac Shakur, Sen. Harris' favorite rapper alive,” quipped Trump's senior campaign adviser, Jason Miller, during a phone press conference on Wednesday, according to multiple reporters. “I'm personally more of a Biggie fan, if he's still alive, but we will have a ticket for Tupac.”

.@JasonMillerinDC zings Harris at the end of the Trump campaign's press call previewing the vp's debate.

The Trump campaign’s communications director, Tim Murtaugh, confirmed the prank, stating that it was “true”.

The campaign is trolling the California Senator, after she stated - during a National Association for the Advancement of Colored People (NAACP) virtual event in late-September - while answering a question regarding her choice of favorite living rapper, "Tupac Shakur", who was killed in September 1996.

Harris quickly corrected her gaffe, joking “Not alive, I know, I keep doing that.”