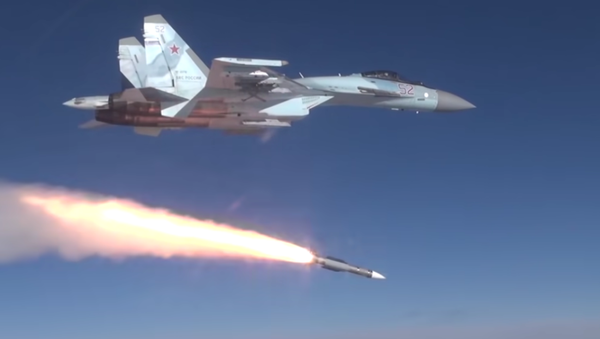 Morgan Artyukhina
All materialsWrite to the author
Newly released images of Russia’s advanced new fighter jets seem to show some modified versions of long-range air-to-air missiles under their wings, suggesting Moscow is pushing the weapons onto new platforms, greatly enhancing their ability to patrol the skies.

One video, an hour-length documentary titled "The First in Everything," begins with the test center’s origins during the Russian Civil War and ends with its latest project, the JSC Sukhoi Company’s Su-57, which NATO has assigned the code name “Felon.” In the film’s final moments, several of the stealthy fifth-generation jets are seen flying in formation, and two of them seem to be carrying new variants of the Vympel R-77 air-to-air missile.

New versions of the R-77 spotted on a four Ship #Su57 ‘Felon’ formation on Russian TV for the first time. The second aircraft carries the newer version of the K-77M (Izdeliye 180) and possibly a ramjet powered K-77ME (Izdeliye 180-BD)?@Firezstarter1 @zone5aviation @hvtiaf pic.twitter.com/izpdFsP4WK

​One aircraft seems to have the K-77M missile, a highly advanced design that incorporates an active electronically scanned array (AESA) seeker radar, designed to compensate for enemy pilots’ extreme maneuvers intended to trick the missile and evade it. The regular R-77 missile is a rough analogue of the United States’ AIM-120 AMRAAM air-to-air missile, and its upgrades in range have paralleled those of the AMRAAM, with the K-77M reportedly having a vastly extended range of up to 100 miles. The missile is intended to become the Su-57’s primary air weapon.

The other missile is more mysterious. The Drive claims it’s a further modified R-77 called Izdeliye 180-Pryamotochniy Dvigatel (Product 180-Direct-Flow Motor), which features an experimental ramjet engine. Ramjets are optimized for super-fast flying in excess of Mach 3 - much faster than a standard missile. According to the outlet, the missile has never been seen outside of a demonstration mock-up, meaning it’s unclear if the photo is proof the Izdeliye 180-PD is actually being tested or not.

In another, much shorter video on Akhtubinsk put out by the Russian Ministry of Defense, an Su-35S is seen launching what seems to be an R-37M air-to-air missile. The missile is well-known; its ultra-long range - reported as being up to 186 miles - is well-suited to the MiG-31, Russia’s primary long-range interceptor, which sports a special, powerful radar that can use the R-37M to maximum effect. 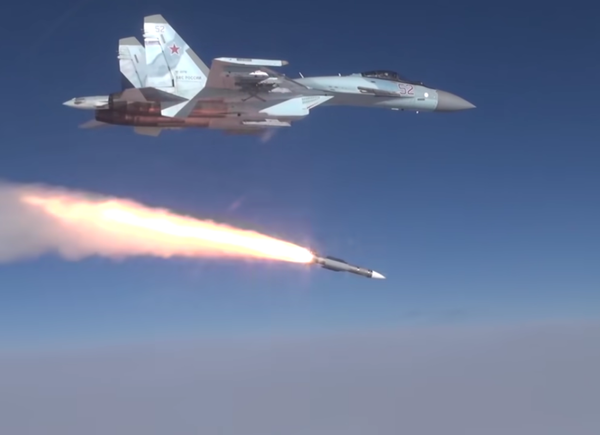 However, the R-37M is new to the Su-35S, a derivative of the Su-27 with some seriously impressive upgrades making it almost as capable as the new Su-57. Izvestiya reported in April the Su-35S had begun captive-carry tests with the R-37M to test how well it integrates with the aircraft, but this is the first time one has been seen being fired by the jet.

The Su-57 has also been tested as a platform for the ultra-long-range missile.