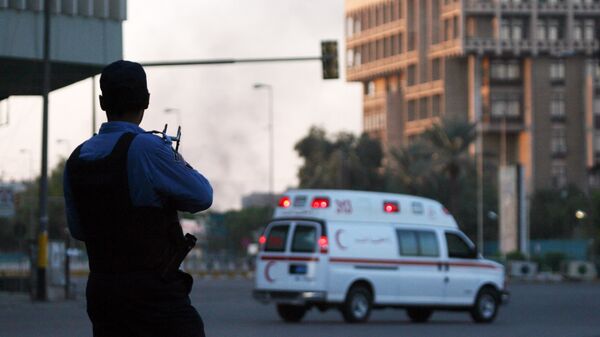 On Sunday, two Katyusha rockets fell on Baghdad's Jadiriya, near the heavily fortified green zone, without causing any casualties, the Iraqi military said in a statement.

"The criminal terrorist groups have yet again targeted peaceful civilians in their areas of residence, and after targeting a peaceful family near the Baghdad International Airport on September 27 that led to the death of six innocent women and children, these groups launched two rockets in the early hours of the morning on Monday," the Iraqi Security Media Cell wrote on Twitter.

According to the Iraqi military, one of the missiles landed near the Babylon Hotel, used by Iraqi travellers and sometimes for government meetings.

Earlier, Iraqi Prime Minister Mustafa Al-Kadhimi officially declared the intentions of a number of countries, primarily the US, to close their diplomatic missions in the Iraqi capital if rocket attacks on the so-called green zone — a location of government buildings and embassies — continued. According to Al-Kadhimi, western diplomats said that such a position was not aimed at Baghdad, but were due to security concerns.