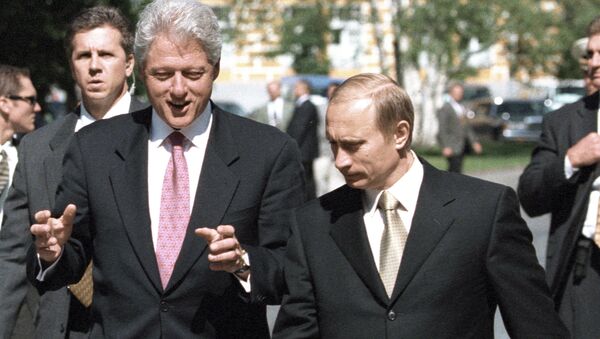 Ilya Tsukanov
All materialsWrite to the author
Sworn into office as president on December 31, 1999 following Boris Yeltsin’s surprise early resignation, Vladimir Putin had a little over a year to familiarize himself with President Bill Clinton as the latter entered the final year of his presidency.

The Clinton Digital Library has released a trove for transcripts documenting private conversations between Russian President Vladimir Putin and US President Bill Clinton.

The transcripts, spread across 225 pages of text, are almost completely unredacted, and provide invaluable insights into Russia-US relations, a range of policy matters, and the personal rapport between the two men.

Among the topics discussed was the sinking of the August 12, 2000 sinking of the Kursk, a Russian nuclear missile submarine. The Kursk was one of the first major crises of Putin’s presidency.

In a transcript, dated September 6, 2000, receiving condolences from Clinton on the loss, Putin revealed to his American counterpart that “there was no good option for me here.”

“I was caught between bad options and worse options. Some people told me that if I’d let a small submarine go in there right away and at least make a stab at rescuing the guys, my ratings would have gone up. You can’t let something like this be driven by public relations. You’ve got to give priority to actually saving people,” Putin said, adding that his “great fear” was “that something like this could recur.”

The Kursk, which sank with all 118 sailors on board in the Barents Sea in August 2000, became a national tragedy after multiple attempts to rescue sailors still alive and trapped at the bottom of the sea floor proved unsuccessful. Over the course of four days, the Russian Navy made repeated attempts to attach diving bells and submersibles to the sub’s escape hatch, without success. In the aftermath of the disaster, investigators found a letter in the pocket of a perished officer which noted that at least 23 sailors had survived the initial explosion which had crippled the vessel and sent it to the bottom of the sea. 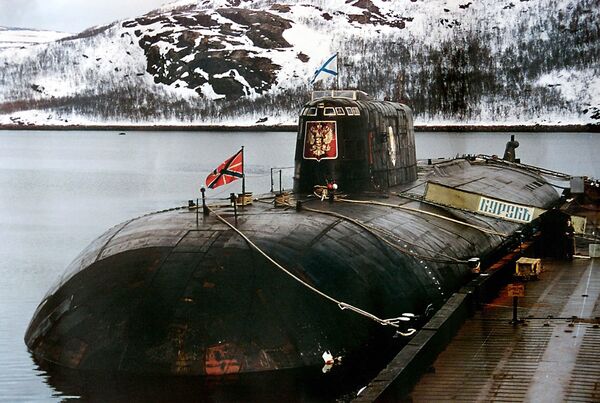 Before George W. Bush launched the 2003 US invasion of Iraq, his predecessor, Bill Clinton waged his own war against Baghdad, consisting of limited bombings and crippling sanctions.

In the same September 6, 2000 conversation, Clinton brought up the Iraq issue, demanding that Security Council resolutions be enforced, and accusing Saddam Hussein of finding ways to get around sanctions and put money from oil sales into defence. “I don’t understand why he won’t accept the inspection regime. I think it would be a big mistake for us to say we don’t care,” the US president said.

“Let me tell you my worry here,” Putin interjected. “It’s a big plus in your legacy that you’ve done so much to stop proliferation…But looking ahead, how do we make them [the Iraqis] sign? It’s hard. We need to establish general rules of conduct, intercontinental safeguards. Now, on this disagreement between us over Iraq, we’re not playing it up. We’re doing everything we can to make them stop what we’re doing. That’s a common goal,” he added. 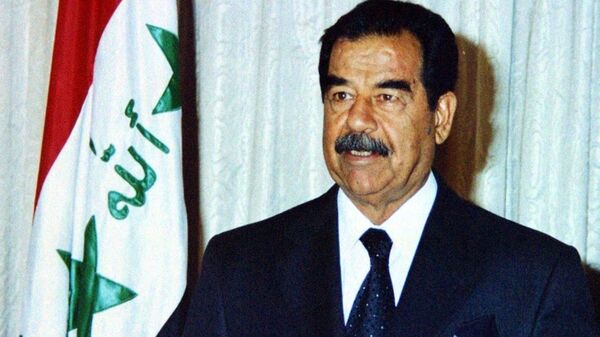 Clinton also shared with Putin a vision of a future where terrorists, rather than states, become the predominant threat to international security.

“It may turn out that the biggest threat in the next ten years isn’t going to be state-to-state war [but rather] terrorists with smaller chemical and biological weapons and even small nuclear weapons, which dogs in airports won’t be able to sniff out. Somehow we have to find a way to work together to stop the enemies of the nation state from these other forms of risk,” Clinton said.

“I basically agree,” was Putin's response. 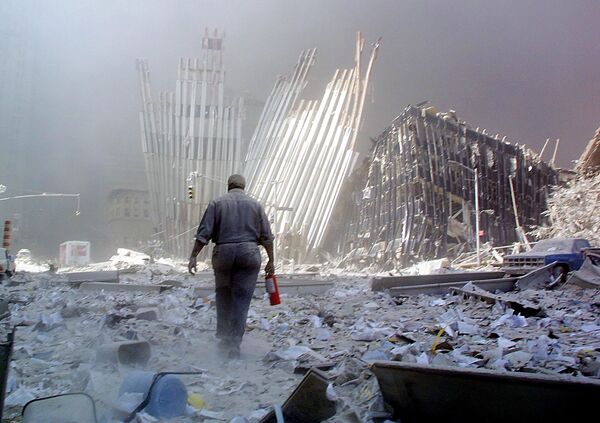 A man with a fire extinguisher walks through rubble after the collapse of the first World Trade Center Tower on 11 September 2001, in New York
© AFP 2022 / Doug Kanter

For 78 days between March and June 1999, over half a year before Putin assumed the Russian presidency, NATO carried out a large scale bombing campaign against Yugoslavia which left over 5,000 civilians dead and facilitated the breakaway Serbian region of Kosovo to declare independence from Belgrade.

Putin brought up this issue in his September 6, 2000 conversation with Clinton as well.

“Back on Yugoslavia, I’ve got to tell you that I see something very unfair here. You talk about the elections coming up [in Serbia]. But there are also these elections in Kosovo. Yet there are 100,000-150,000 Serbs who aren’t actually there, who’ve been made into refugees. Their absence from the elections is going to feed the trend toward Kosovo’s splintering off from Serbia. That will have repercussions around the world, for other states,” Putin warned. 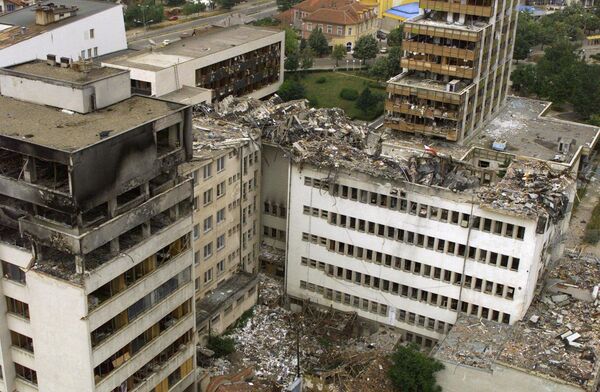 “You worked very hard and effectively, even decisively, in the G-8, and I’m prepared for Russia to work with you here. But we weren’t consulted in the decision to bomb Yugoslavia and to set in motion the process that is taking Kosovo out of Serbia. That’s not fair. And it’s not fair to the 150,000 Serbs that the fate of Kosovo will be decided without them. They should be given a voice. Otherwise, the fate of their motherland will be decided behind their back. [Yugoslav President Slobodan] Milosevic has nothing to do with this,” Putin added.

Clinton’s verbatim response was not made available. Instead, the transcript reads: “[They agree that Secretary Albright and Foreign Minister Ivanov will pursue at dinner the question of Serb participation in the Kosovo elections.]”

The conversation in September 2000 wasn’t the first time Putin expressed to Clinton Russia’s dissatisfaction with the situation in Yugoslavia. On September 12, 1999, while he was serving as Yeltsin’s prime minister, Putin told the US president that he was concerned that the creation of hundreds of thousands of Serbian refugees, and the destruction of infrastructure, “especially in the energy area,” by the NATO bombings, put Yugoslavia in a disastrous situation.

“One bad thing that we’re faced with is the dismantling of Yugoslavia. It’s difficult to imagine conditions when the Serbs are going to return to Kosovo. We have similar problems in Russia. Life shows that the use of force does not prompt the final resolution of a conflict,” Putin emphasized. 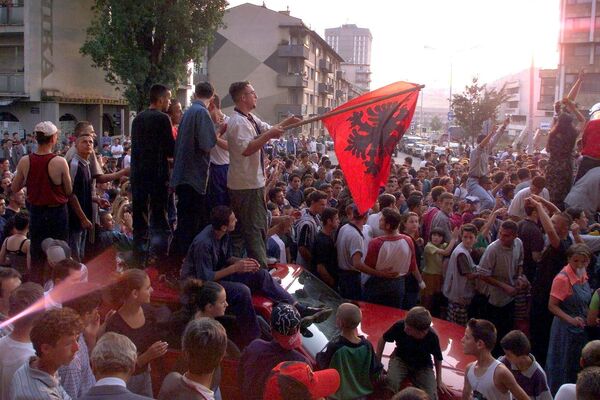 About 1,000 young Kosovar Albanians celebrate the "UCK [Kosovo Liberation Army] victory over the Serbs with NATO's help" in the centre of Pristina 02 July 1999
© AFP 2022 / JEAN-PHILIPPE KSIAZEK

Clinton responded, suggesting that “for things to work out in Kosovo, we need to be together, just as we are in Bosnia,” and adding that Washington, like Moscow, also wanted “the Serbs to return to their homes.”

An estimated 160,000 Serbs fled from or were expelled from Kosovo after the 1999 NATO bombing campaign, with the Kosovo Liberation Army carrying out ethnic cleansing, including the elimination of Serbian villages, the destruction of churches and a 2004 pogrom which led to the deaths of 16 Serbs and 11 Kosovar Albanians.

Terrorism in the Caucasus

In their conversations, Putin and Clinton also discussed terrorism in the Russian breakaway republic of Chechnya.

In a conversation dated November 2, 1999, again while Putin was still prime minister, Clinton expressed his support for Russia’s fight against terrorism in Chechnya, but recommended that Moscow create a “parallel political strategy” in addition to a military one, and said it was difficult to support Russia’s military operations publicly due to reports of civilian casualties.

Putin expressed his “appreciation” for Clinton’s concern before going into a history lesson on events which followed Russia’s 1996 de-facto recognition of Chechen independence in the wake of the First Chechen War of 1994-1996, and which prompted Moscow to begin s second campaign between August 1999 and May of 2000.

“Chechnya did not set up a functional government. It broke up into internal factions. It printed counterfeit dollars. It spread drugs,” Putin explained. “There were widespread kidnappings. In effect, a criminal economy was created on the border of Russia. People were leaving their belongings and running away. But chaos was not enough. The bandits decided to carry out an armed attack on another Russian republic, Dagestan, and on another Muslim republic at that.” 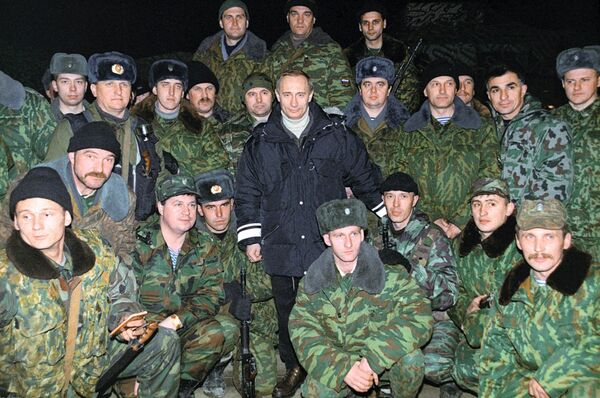 Vladimir Putin (center) with Russian soldiers in Chechnya in December 1999. File photo
© Sputnik / A. Kondratyev
/
Go to the photo bank

Asked what kind of resolution to the conflict Moscow would like to see, Putin said the Russian strategy consisted of “three parts”: knocking out the terrorists, creating viable local governments and holding elections.