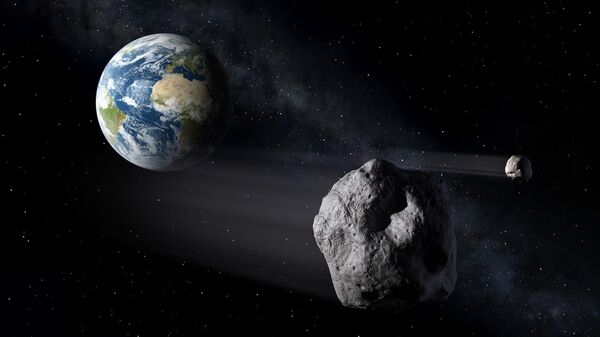 Andrei Dergalin
All materialsWrite to the author
With somewhere between 36 and 83 meters in diameter, the asteroid will be traveling at a speed of about 6.68 kilometers per second as it passes Earth.

Our planet is about to have yet another brush with a massive chunk of rock from outer space in a matter of days, according to NASA’s Center for Near Earth Objects.

With its size being somewhere between 36 and 83 meters in diameter, thus possibly rivaling that of a Boeing 747 airliner, the asteroid is expected to cross our planet's orbit on 7 October.

While the space rock will be traveling at the speed of about 6.68 kilometers per second, it is not actually expected to hit our planet, essentially making it yet another asteroid that flies harmlessly past Earth – a not that uncommon occurrence.